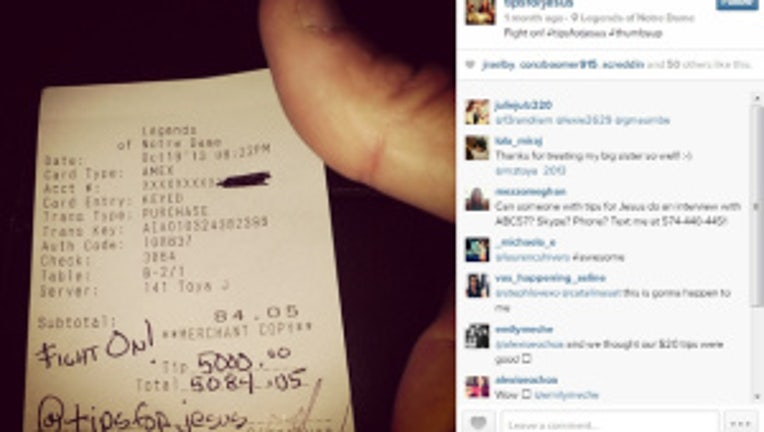 TipsForJesus, dropping mad change at restaurants across the US.

Awkward dogs never looked so cute! (I personally don't know what I'd do if I stumbled in the room and found number 30.)

TipsForJesus: Someone has been leaving crazy tips all over the United States. We're talking over $5,000 at a time! The mysterious stranger signs off as 'TipsForJesus' and seems to hit restaurants and bars at random. Drinks on the bartender!

Thumbs up bro! What would happen if every gun in a movie was replaced with thumbs up? Movies become a bit more awesome ... depending on who you're asking, I guess.

Network overload ... 2.1 million Playstation 4 game consoles have sold since it launched Nov. 15th. On the other side of the fence, Microsoft hasn't released exact figures for Xbox One, which launched a week after the PS4 in the US. What we do know is, both companies sold a million consoles in the first 24 hours.

Make sure you check out Q13 Live This Morning for more trending every weekday!