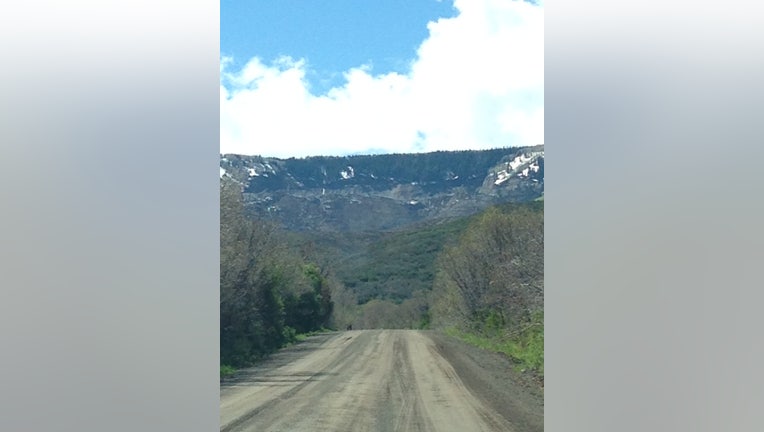 CNN: Rescue workers searched by air and on land Monday, May 26, 2014, for three people missing after a massive mudslide in Mesa County, Colorado. This photo shows the slide area on a steep ridge

(CNN) -- Rescue workers searched by air and on land Monday for three people missing after a massive mudslide in Mesa County, Colorado.

"Everybody on this mountain is praying for a miracle right now. We hope that they may be stranded somewhere, or in such a way that they avoided it. But right now, they have not been heard from," Mesa County Sheriff Stan Hilkey told reporters.

On Sunday morning, a small slide impacted irrigation water for local ranchers and farmers, he said. The three men now missing went to investigate what had happened, which is when authorities believe a second and major mudslide occurred.

The slide followed a day of rain and is located about 11 miles southeast of the town of Collbran, a community of about 700 people in western Colorado.

"It's an understatement to say that it is massive," said Hilkey. The slide is estimated to be about 4 miles long, 2 miles wide and about 250 feet deep.

There were no reports of damage to structures in the remote area.

"The slide came down with so much force and velocity that it came to a hill and went up and over a hill and then came back down -- a significant hill. So the power behind it was remarkable," the sheriff said.

With the help of a helicopter, more than three dozen emergency and search-and-rescue personnel are on scene. The area remains unstable, and authorities are concerned about the possibility of yet another slide.

Roadblocks have been set up to keep people away.

"We have to be comfortable ... before we're going to put and allow search-and-rescue resources on there because we certainly don't want to create any more of a tragedy than this already is," said Hilkey.