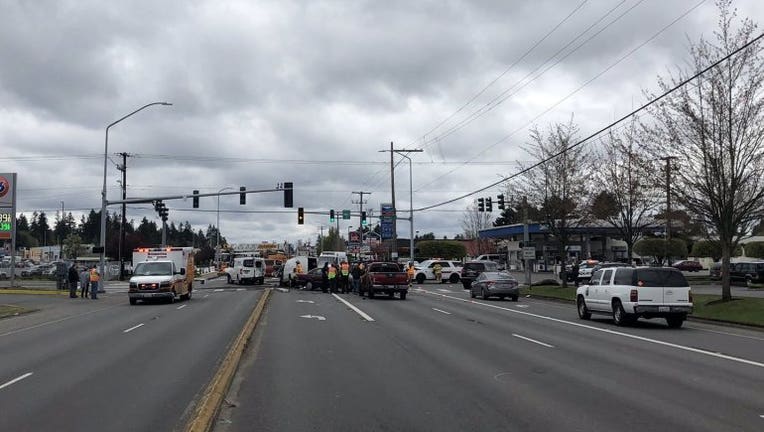 According to Washington State Patrol Trooper Chelsea Hodgson, six cars were involved in a crash on the highway at NE Riddell Road in Tracyton.

The driver who police said caused the crash was airlifted to Seattle's Harborview Medical Center.

Two others who were hurt were taken by ambulance to Harrison Medical Center in Bremerton.

"The causing vehicle was SB on SR 303 in the turn lane & sideswiped two vehicles before rear ending a third," Hodgson wrote in a Tweet. "The third vehicle was pushed into the intersection and struck by a fourth. The causing driver struck a fifth vehicle attempting to make a left turn onto NB SR 303."