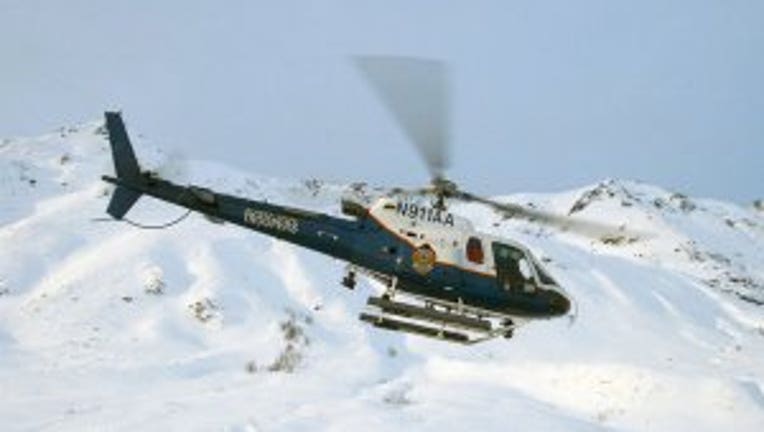 Alaska state troopers were attempting Monday to determine the cause of a rescue helicopter crash over the weekend in the mountainous region near Talkeetna in which all three aboard are feared dead.


Troopers spokeswoman Megan Peters said the crash occurred Saturday night after the troopers helicopter had picked up a stranded snowmobiler near Larson Lake, seven miles east of the town that is one of the main centers for climbers attempting to scale Mt. McKinley.

A second helicopter spotted the wreckage Sunday morning, but it was not yet known what caused the crash. “No survivors were found,” Peters told the Los Angeles Times.

The helicopter with the pilot and a state trooper on board had landed near the lake at about 10 p.m. in conditions of light rain mixed with snow.

“They located the snow machiner, got him in the helicopter, and they were flying back to Talkeetna to rendezvous with ground medics, and the helicopter never showed up,” Peters said.

“We don’t know if weather conditions played a part. That’s one of the things I’m going to be looking into today,” she said.

She said the identities of the occupants would be released later  Monday.