Rome (CNN) -- It was with a call for the protection of the weakest in society that Francis was officially inaugurated Tuesday as the Catholic Church's 266th pontiff, before a crowd of tens of thousands bathed in sunlight.

Giving his homily before the throngs in St. Peter's Square, Francis showed the humility and concern for ordinary people that have been noted since he became the first Latin American to be elected pope six days ago. 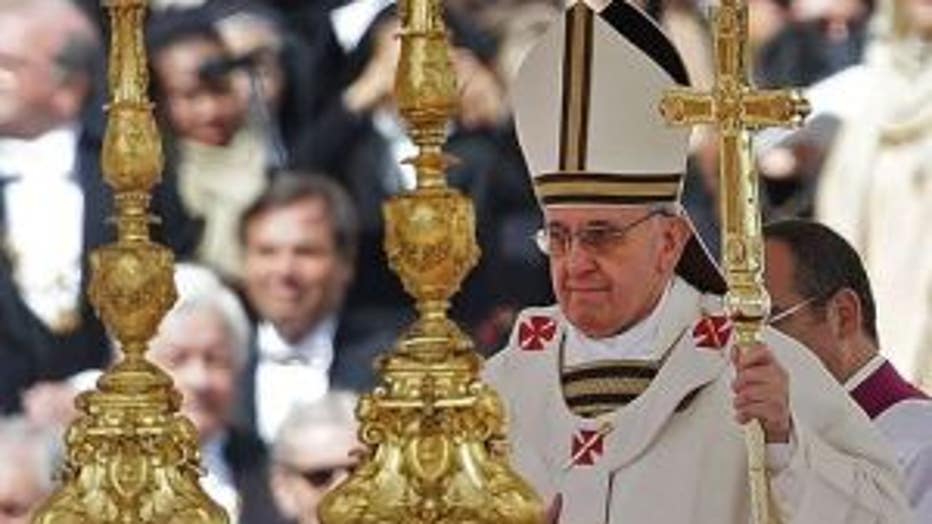 The ring is not solid gold like that of his predecessors, but made of gold-plated silver -- again reflecting his desire for simplicity.