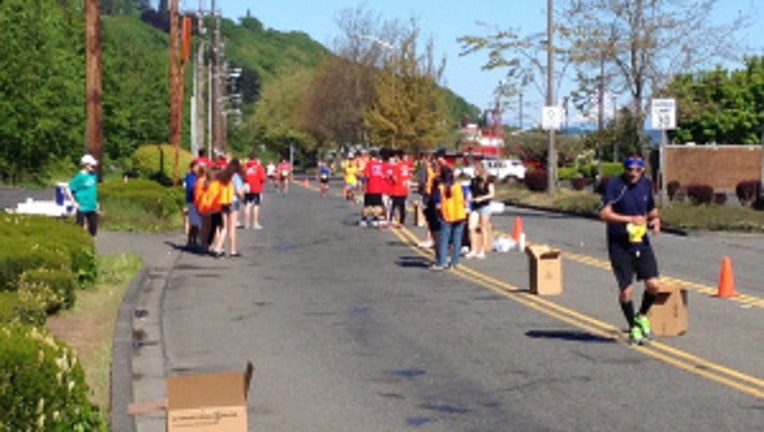 Tacoma police spokesperson Loretta Cool told The News Tribune that an explosive ordinance disposal team was on site for the race.  Police were also stationed along the race course, along with an extra ambulance at the finish area medical tent.

Many runners said that while the Boston Marathon tragedy was on their minds, they wanted to compete in today's marathon, as a tribute to those injured and killed in Boston.