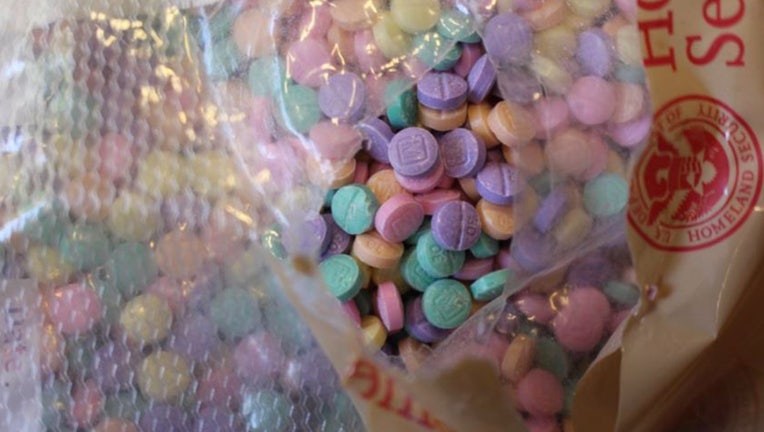 Colored fentanyl pills with the appearance of candy seized at Port of Nogales. (US Customs and Border Protection)

Customs and Border Protection agents in Arizona seized more than 15,000 fentanyl pills that were strapped to a person's legs on Wednesday, and one official says that it could be the start of a trend targeting younger people.

The "candy"-looking pills were seized in Arizona at the Nogales Port of Entry on Wednesday, and Port Director Michael W. Humphries said that it marked the second consecutive day that such pills were found.

"This could be the start of a trend with transnational criminal organizations targeting younger users," Humphries said.

On Tuesday, Border Patrol agents at the same port of entry seized a vehicle that contained more than 250,000 fentanyl pills, which were colored like candy, as well as 11 pounds of heroin and 10 pounds of methamphetamine.

"Officers made sure these dangerous narcotics won't make it to U.S. cities," Humphries said.

Customs and Border Protection agents at the Nogales Port of Entry seized more than 70,000 fentanyl pills on Aug. 9, and said in a separate Twitter post that more than 1.1 million fentanyl pills were seized from July 31 through Aug. 7. 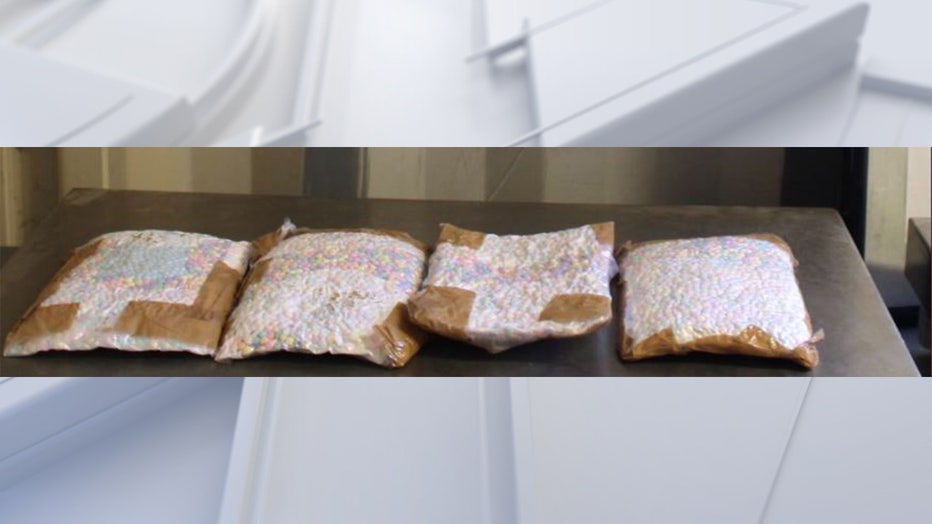 CBP officers at the Nogales POE seized over 15,000 fentanyl pills strapped to a person’s legs. (US Customs and Border Protection)

"The public needs to be aware of the rising use of powdered fentanyl. We believe this is going to be the new trend seen on the streets of Portland," Special Investigation Unit Sgt. Matt Ferguson said at the time.