OSO, Wash. -- Two women who helped a Joint Base Lewis-McChord soldier search the Oso mudslide for the bodies of his missing aunt and uncle said Thursday they were shocked and saddened to learn that the 20-year-old committed suicide afterward. 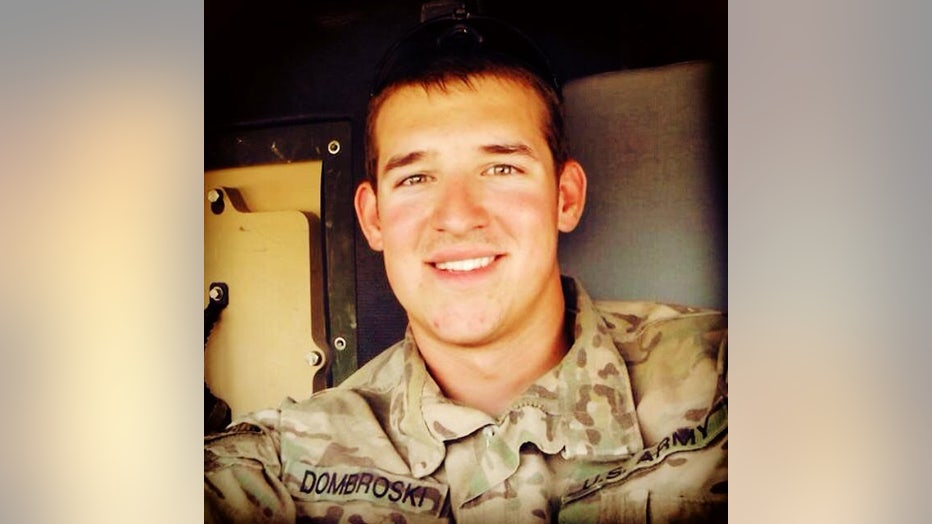 Army Spc. Christopher Dombroski, 20, of Wasilla, Alaska, who was based at JBLM, was a nephew of Steve Harris, 52, and Theresa Harris, 53, of Arlington, who were listed among the missing in the March 22 mudslide in Snohomish County. He committed suici

“I noticed that he was crying" at the debris field, said Kayla Norris, who helped search the mudslide with the soldier. "He wasn't bawling or anything like that, but you could definitely see he was having some emotions.”

Army Spc. Christopher Dombroski, 20, of Wasilla, Alaska, who was based at JBLM, was a nephew of Steve Harris, 52, and Theresa Harris, 53, of Arlington, who were listed among the missing in the March 22 mudslide in Snohomish County.

An Army spokesman at JBLM said Dombroski had taken emergency leave to help search the mudslide site. The bodies of the Harris couple are still missing.

On Sunday, Dombroski told his family he was going out on a day hike in Thurston County. He rode his motorcycle to a trail at the Capitol State Forest and left on foot. Rescuers found his body on Tuesday morning. He died of a self-inflicted gunshot to the head, authorities said.

“When you work in something as traumatic as the slide, you build a relationship with people on a whole different level, a whole different world,” Norris said, adding that she was shocked to hear that Dombroski  had taken his own life.

Norris and Haley Gonzales volunteered their time to look for survivors. They met and quickly bonded with  Dombroski in the middle of the destruction.

“He was such a light in a really dark time,” Norris said.

Norris said Dombroski was extremely grateful to the other volunteers who were searching for his uncle and aunt.

Norris said Dombroski told her that Steve Harris was like a father figure to him and that the two loved spending time together.

She said he told her, “It’s so unfortunate that my aunt and uncle had to pass but it is fortunate that they passed in a place they loved.”

Dombroski, who had served a tour in Afghanistan in 2012, was engaged to be married.

Psychologists say even one sudden traumatic event can trigger suicidal thoughts especially if there's a history of depression or post traumatic stress disorder.

“It’s very in the moment, that person is not able to think of other options, they are feeling like this is their only option,” Dr. Jessica Mason said.

"I’m still shocked because that was the last thing I ever expected,” Norris said.

"If you meet someone, even if it’s just for one day and they make an impact in your life, you should tell them,” Gonzales said.

Dombroski grew up in Alaska. His family attended a memorial service for him Thursday night at JBLM.