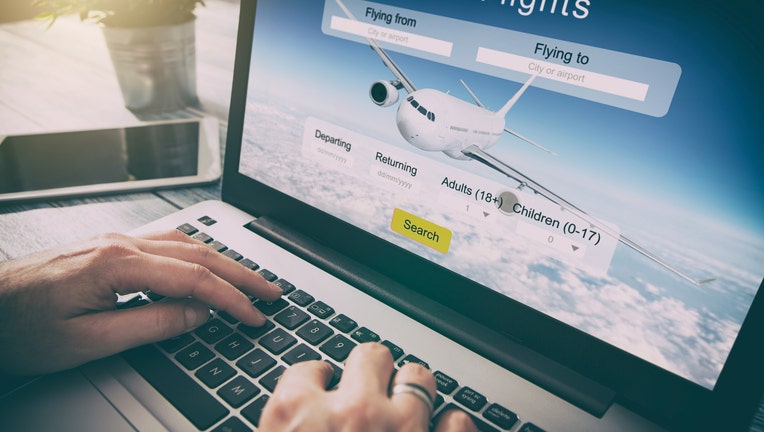 Stock image of a traveler beginning the search for a flight. via Getty Images

It's time for the chaotic holiday travel season again. If the in-laws have not reached out yet, hounding for an itinerary, that call or text is probably imminent.

More than half of Americans plan to travel during the week of Thanksgiving, Christmas or both this year, a recent study by Hopper found. If you are one of them who have not booked your flight or hotel already, you'll likely end up paying more than you'd like to visit family and friends.

While there was a brief respite during the fall when prices fell substantially from their summer peak, prices have rebounded about 50% for both Thanksgiving and Christmas weeks, according to Clint Henderson, managing editor at The Points Guy.

"If you see a deal, you should grab it right away because we're just not expecting deals on holiday travel this year," Henderson adds. "It's likely to get worse from here on in."

Henderson recommends using your reward points and miles if you have them to get their maximum value because cash prices are so high.

There's a confluence of factors going on for the price increases, according to Henderson.

First, airlines had to dramatically scale back the number of flights and the number of seats they're selling to most destinations in order to get operational reliability in decent shape.

"Combine that with increased demand because everyone who hasn't been going home for Christmas for the past couple of years because of the pandemic … they're willing to pay more," Henderson said.

Now, throw in soaring prices for aviation fuel, and it's a recipe for disaster when it comes to cost.

If you think those travel hacks like trying to fly on a Tuesday or Wednesday will spare your holiday budget, Henderson said that is no longer true.

Generally, Henderson said, prices will be lower if you are willing to travel on Thanksgiving Day or on Christmas Eve or Christmas Day, and you're going to get a better deal. Even that hack isn't working as well as it used to, he said.

FROM DEEP SEA TO OUTER SPACE, TOURISM IS NOW REACHING THE ENDS OF THE EARTH

"My recommendation to people is if you're still waiting to book your trips, set a Google alert, monitor it for a couple of days, and if you don't see the price drop in the next couple of days, if you see it start to go up, then jump on that fare," Henderson said.

If you aren’t too fond of your in-laws, you could just wait until the last minute and tell your significant other that It's too expensive for a visit this year. However, that might not sit well on the family reunion next year.