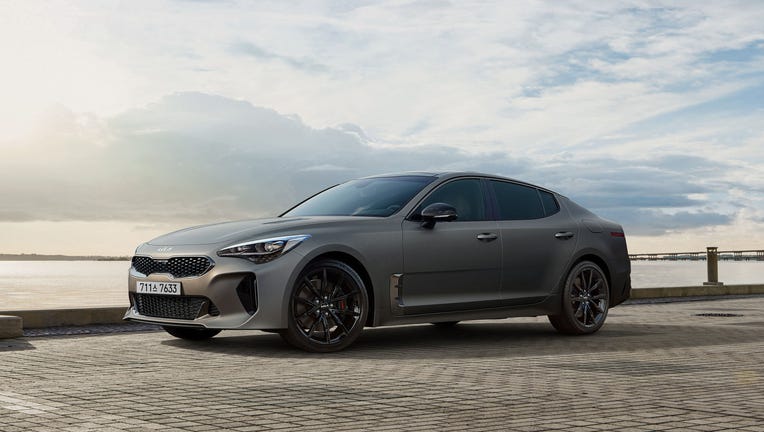 The Stinger Tribute Edition will be available in a unique Moonscape color. (Kia)

It is the end of the road for mainstream rear-wheel-drive, four-door internal combustion engine cars.

Kia has announced it will end production of the Stinger next year and is sending it out with a run of 1,000 Tribute Edition cars, with 400 earmarked for the U.S.

It will be joined in the history books with the Dodge Charger, which is being replaced in 2024 by the all-electric Daytona Charger SRT coupe.

Ford, Chevrolet and the non-luxury Japanese brands all stopped selling this type of car years ago as they transitioned to front-wheel-drive and SUV-focused lineups.

Pricing for the Stinger Tribute Edition has not been announced, but it is based on the $52,895 GT2 model, which comes powered by a 368 hp twin-turbocharged V6.

It's being offered in a choice of Ascot Green or Moonscape matte gray paint, both with black accented trim. 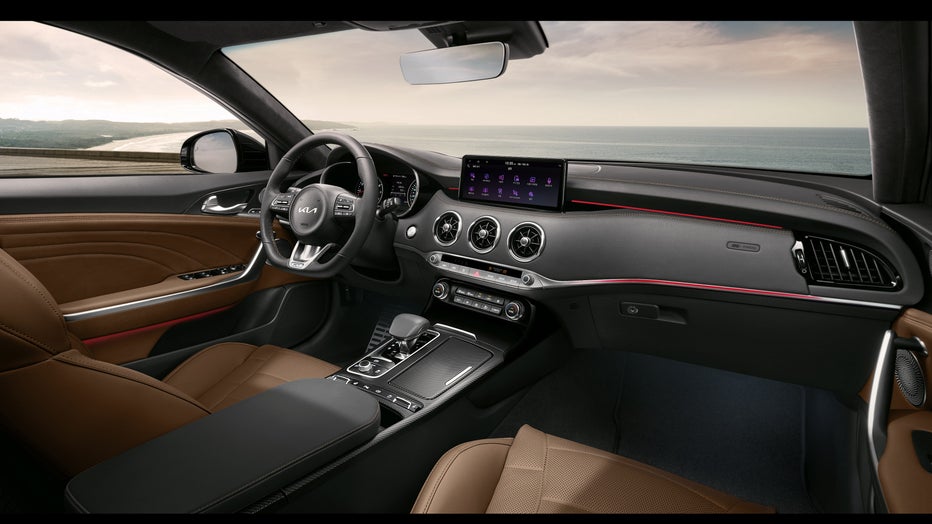 The interior is upholstered in Terracotta brown leather and each car gets a commemorative numbered door sill plate.

Like Dodge, Kia is shifting toward electrification with the rear-wheel-drive battery-powered EV6 that, like the Stinger, is also available with all-wheel-drive. The recently launched 576 hp EV6 GT now the brand's top-performance model. However, it is possible that this car class may not be dead forever, just going into hibernation.

Dodge CEO Tim Kuniskis has confirmed that the Charger Daytona SRT's platform is modular and can accommodate an internal combustion engine [ICE] drivetrain if the market asks for one.

"If someday we wanted to add ICE to that car, could we? It’s totally protected for it," Kuniskis added, according to Muscle Cars and Trucks.

Despite having two doors, it is also similar in length to today's Charger, so adding two more is within the realm of possibility.