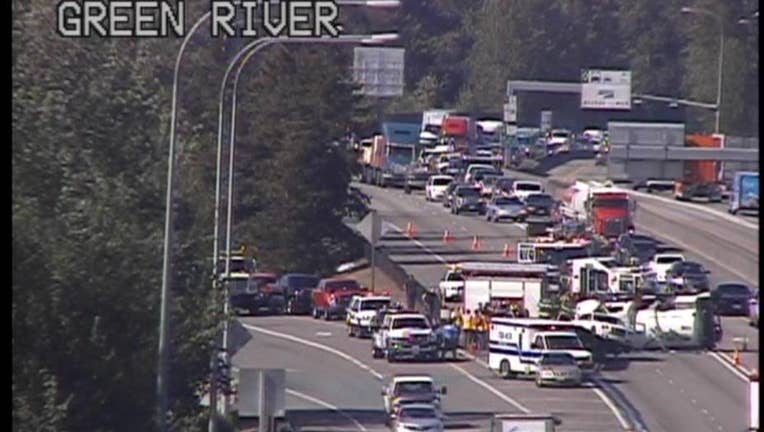 Overturned septic tanker blocks traffic in the southbound lanes on State Route 167 between Renton and Auburn. And yes, it leaked. (Photo: WSDOT)

RENTON -- A septic tanker truck overturned on the southbound lane of State Route 167 between Renton and Auburn Wednesday afternoon, resulting in a stinky situation and creating a major traffic jam.

The truck overturned during the afternoon commute, and led to a backup of up to 4 miles at one point, the Washington State Department of Transportation said. 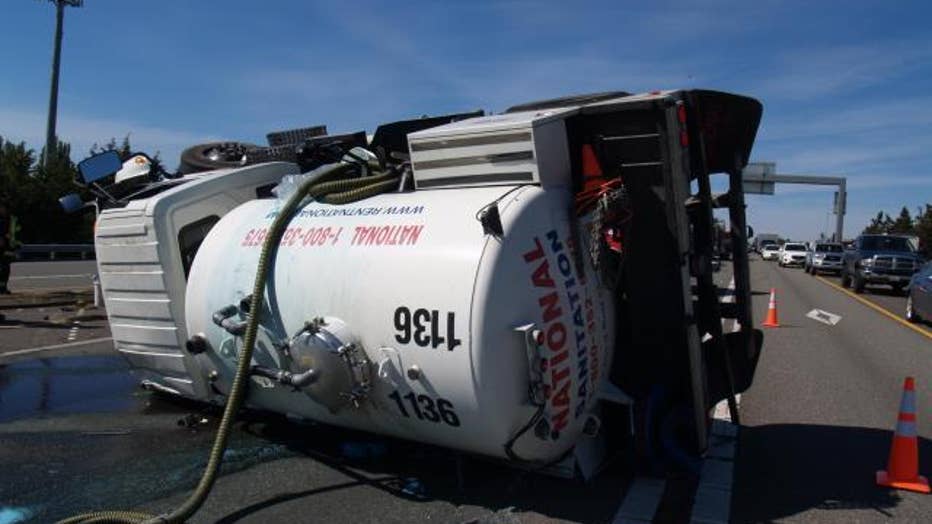