WASHINGTON - President Joe Biden’s signature will not appear on the next round of stimulus checks, because — according to White House press secretary Jen Psaki — "This is not about him."

During a Tuesday morning press briefing, Psaki stated that the president felt getting the next round of stimulus checks to eligible Americans as quickly as possible took precedence over having his signature on the memo line.

"We are doing everything in our power to expedite the payments and not delay them, which is why the president’s name will not appear on the memo line of this round of stimulus checks," Psaki said. "The checks will be signed by a career official at the bureau of fiscal service. This is not about him, this about the American people getting relief, all almost 160 million of them." 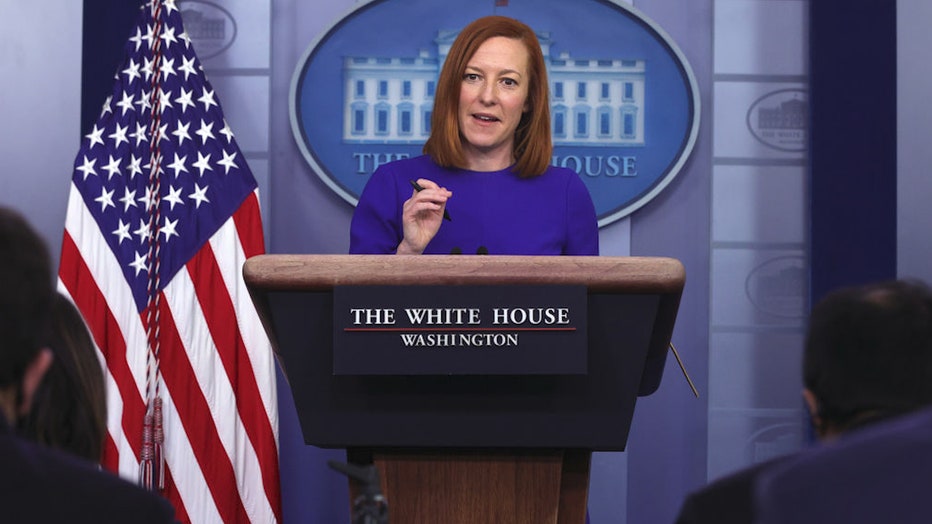 "He did not think it was a priority or a necessary step. His focus was on getting them out as quickly as possible," Psaki added.

In April 2020, under President Donald Trump’s administration, unnamed senior IRS officials from the Treasury Department moved to have the president’s name printed on the memo line of the millions of paper stimulus checks set to be mailed out to Americans, according to The Washington Post.

The latest $1.9 trillion federal pandemic relief package is expected to make its way through the House and hit Biden’s desk as soon as this week.

The cash payments included in the stimulus bill are the largest yet, with individuals earning $75,000 or less eligible to receive $1,400. Couples earning $150,000 or less will receive a check worth $2,800. Households will receive an additional $1,400 for each dependent child claimed on their most-recent tax filings.

It includes plans for direct payments to most Americans, aid to small businesses, financial help for schools and much more to help the country recover from the financial ravages of the pandemic. But when will the benefits reach you? It depends on when the bill becomes law and a few other factors. Some benefits made directly to taxpayers could begin arriving later this month, with others taking much longer to put into effect.

RELATED: Third stimulus check calculator: See how much money you could receive from Biden's relief bill

Biden is staking his presidency on the idea that the government can use his $1.9 trillion coronavirus relief plan not only to stop a pandemic and jobs crisis but also to catapult the country forward to tackle deep issues of poverty, inequality and more.

RELATED: Here's when the next round of COVID money could hit your bank account

"People have lost faith government can do good for them," says Senate Majority Leader Chuck Schumer, who spoke daily with Biden while ushering the bill through the Senate last weekend. Now, as vaccines become more available and other changes take place, "people are going to see that government actually is making their lives better — which is how Americans used to think of it, and we’ve gotten away from it."