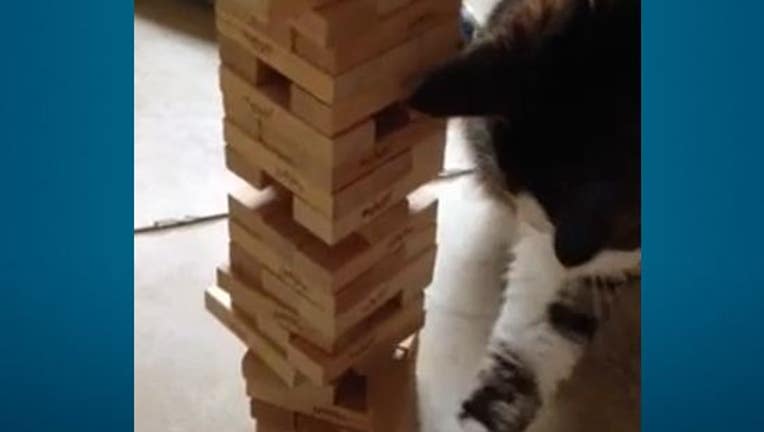 The internet is a funny fickle creature.

Over a year ago Alan Palesko uploaded a video to YouTube of his cat Moe artfully pulling wooden Jenga blocks out of the stack without toppling the tower.

The video was seen by a few thousand people, which in usual viral video terms means it was invisible.

Then Tuesday someone posted it to Reddit and it shot to the top of the video section, then made it to the front page.

By Tuesday afternoon it had been seen more 260-thousand people and Jenga cat was well on his way to internet stardom.