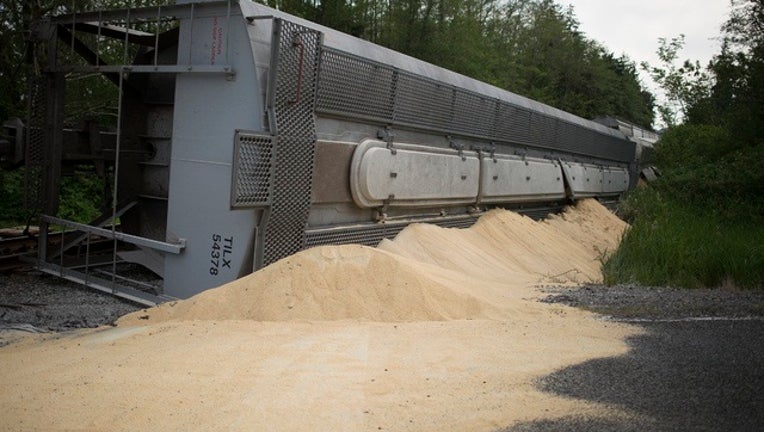 MONTESANO, Wash. -- Seven cars of a grain-hauling train derailed Thursday near Montesano, spilling its cargo and making it the third train derailment in Grays Harbor County in the past two weeks.

There were on injuries in the Puget Sound & Pacific Railroad derailment. But  the railroad's general manager, Larry Sorensen, said there is concern in the area because the county relies on the tracks for exports out of the harbor.

Crews are expected to be on the scene for several days to get the cars upright and the track fixed.