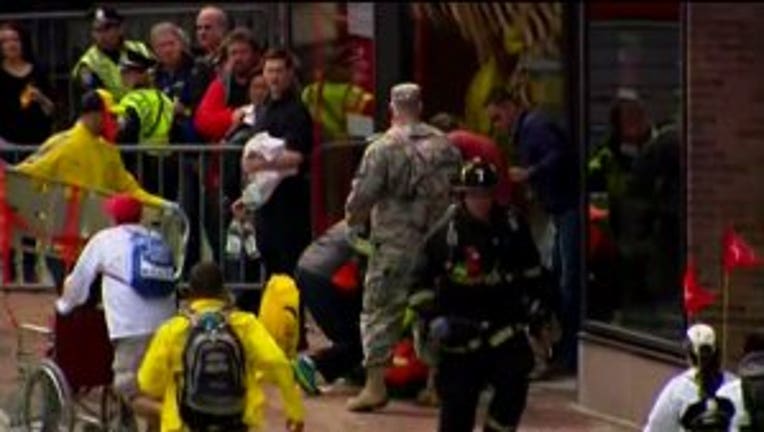 The third person killed in the Boston Marathon bombing Monday has been identified as a Boston University graduate student.


The student's identity was not released by the university in a Tuesday announcement, pending notification of the family.

The others who were killed in the attack have been identified as Krystle Campbell, 29, of Arlington, an assistant restaurant manager, and Martin Richard, 8, of Boston's Dorchester neighborhood.

More than 176 people were injured in two back-to-back explosions, which struck the sidelines at the finish line of the marathon.

The university reported that the graduate student was with two other students at the finish line when the bombs detonated.

One of the graduate students, also unidentified, was injured but in stable condition at Boston Medical Center on Tuesday. The third student was unharmed.

Robert Hill, dean of Marsh Chapel, a worship center for the university, reportedly visited the wounded student and said she underwent surgery Monday and Tuesday.

“She is doing well,” Hill said in a statement. “She has her friends around her, and she will soon have family around her.”