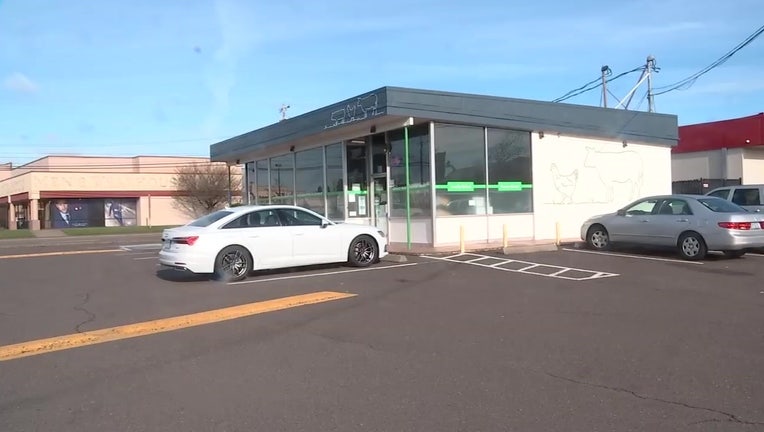 BEAVERTON, Ore. - Police in Oregon are searching for a suspect who stole a car, then returned to the scene to lecture the mother about leaving her young son inside the vehicle.

KPTV reports the theft happened around 9 a.m. Saturday outside a market in Beaverton, when the mom went into the grocery store and left her son in the car with the engine running.

While she was inside the store, a man got into her SUV and took off -- not knowing there was a 4-year-old boy inside.

Once the suspect realized the little boy was still in the vehicle, he drove back to the market.

The woman said the man yelled at her and threatened to call the police because she left her son in the car.

"He hopped in the car, drove it, realized there was a 4-year-old inside, and drove back and ordered her to take the child out of the car and then drove away again," Beaverton Police Officer Matt Henderson told CNN. "We're thankful he had the decency to bring the little one back."

The mom said her son was not hurt, but admitted she had made a grave mistake.

"As moms, we get really busy and we think we’re just running in for a second," the victim told KPTV. "This is just a perfect example of just letting our guards down and how terribly it could have ended."

She added, "I am just thankful he is OK. It was so stupid and I’ll never do that again, but it’s that split-second decision that could just change everything."

Police said the SUV, a 2013 Honda Pilot, was recovered several hours later, but authorities are still searching for the suspect.

Investigators described the suspect as a white man in his 20s or 30s with dark brown braided hair. Anyone with information is asked to call Beaverton police.