TUKWILA, Wash. - UPDATE: UPDATE: Tukwila Police have located Don and Miranda's stolen U-Haul.  "From what the detective said, it appears mostly everything is in it  We'll know once we get it to FL what all is missing. My car is still missing but I'm super thankful that the irreplaceable things seems to be accounted for. Thank you so so much for getting this on the news for us and spreading the word to so many people. Forever grateful for your help," said Miranda Jestice.

Detectives say the U-Haul has been impounded to keep it safe until they return and can pick it up.

Please call 911 if you spot their blue 2012 Suzuki Kizashi with Alaska plates.

Moving to a new state is stressful enough but one family is now devastated after almost everything they own was stolen in Tukwila including their car.

Don Reid and Miranda Jestice are moving from Alaska to Florida. They shipped a container with all of their belongings to Seattle. On Friday, October 15, they unloaded it and packed everything into a 20 foot U-Haul pulling an auto transport trailer carrying their blue 2012 Suzuki Kizashi with Alaska plates and parked them under the surveillance cameras at the Comfort Suites hotel in Tukwila. 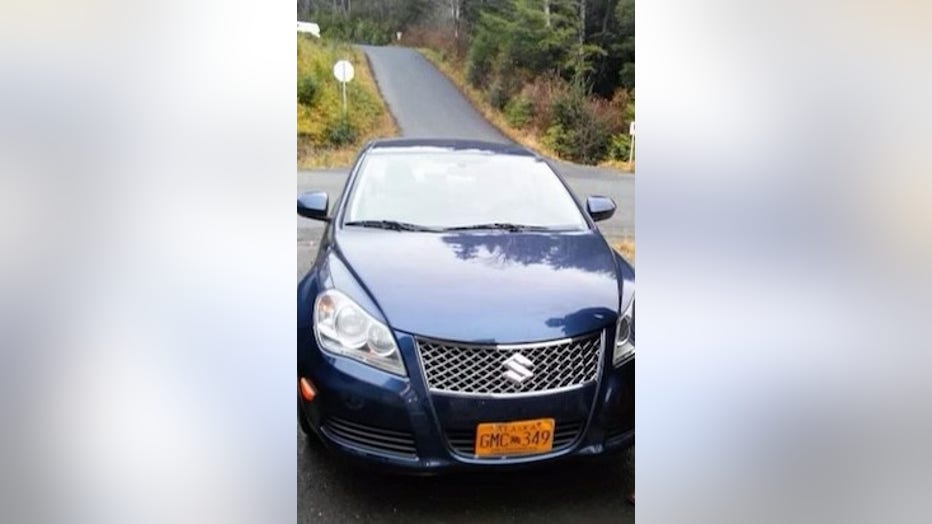 At 2:15 A.M. Saturday, a thief broke into the U-Haul through the passenger side door and stole it, their trailer and car.

"The manager of the hotel was actually outside of the hotel at the time and witnessed it and he tried to stop the thief from stealing it and getting off the property but they did several u-turns, evasive maneuvers, went through the bushes, basically got out of the parking lot and got away with all of our stuff," said Reid. 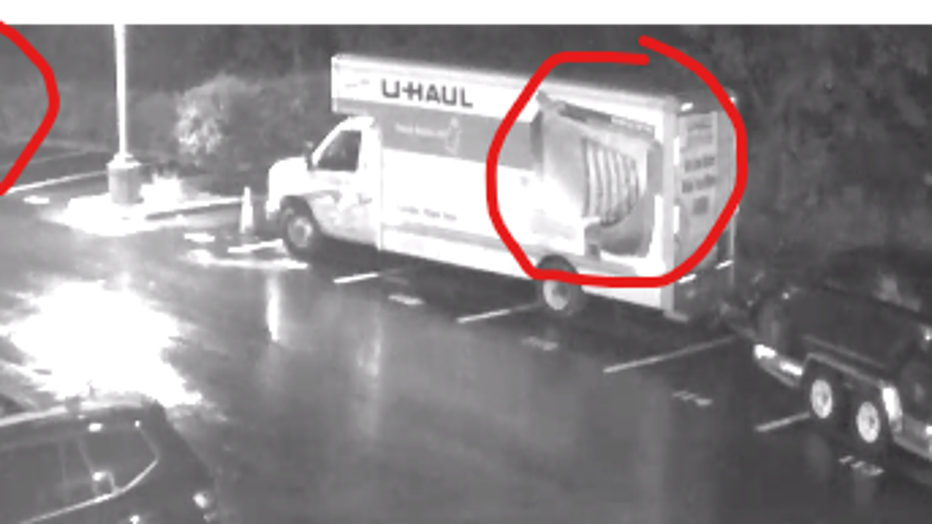 Major Crimes detectives say the suspect came out from the bushes and entered on the passenger's side of the U-Haul. The truck has a Viking ship on the side that may help people spot it.

Tukwila Police responded and took a report.  Major Crimes detectives say the suspect came out from the bushes and entered on the passenger's side of the U-Haul.  The truck has a Viking ship on the side that may help people spot it. 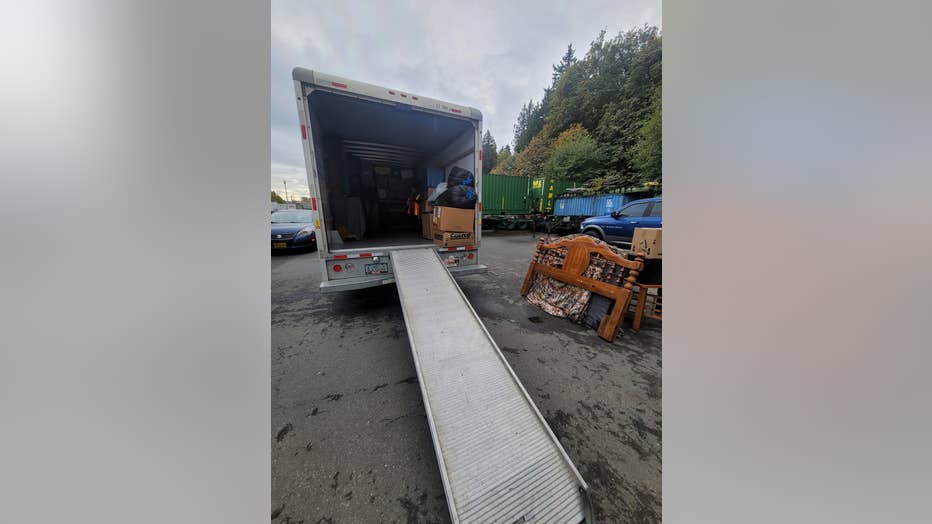 For now, Don and Miranda are asking people to keep a lookout. All of her son's childhood belongings were in the U-Haul.

"I am also pregnant and had just had a baby shower days before we loaded our container. All the gifts for our unborn son were in there along with ashes from another one of my children. Hopefully, this will reach the person.who stole it all and they will have the decency to a least return the sentimental contents within the U-haul," said Miranda. 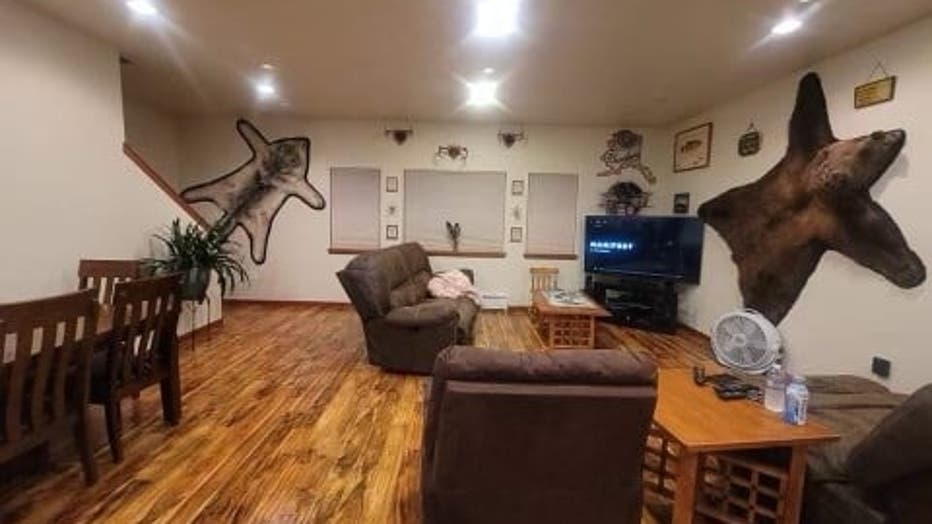 "I had all kinds of tools, just a lot of sentimental things that can't ever be replaced. Pictures from my childhood, things my grandparents gave me, pretty much my whole life was in that truck.  I can get new furniture and stuff like that. It's just things from my past that can never be replaced. That's what I want back,' said Reid.