OLYMPIA, Wash. -- Neighbors in the South Sound are on alert ever since neighborhood cats were being discovered killed and mutilated.

“Kind of like a serial killer, only a serial cat killer"

The neighbors near the latest discovery in Olympia’s west side told Q13 News they are keeping watch at various times of the day, staying on the look-out for suspicious people.

“Kind of like a serial killer, only a serial cat killer,” said Holt. “You don’t’ know where he’s going to strike next.”

“He was about 20 years old, he was deaf, he’d been in the neighborhood a very long time,” said neighbor Kathy Harrigan who once cared for a feral feline.

Harrigan cared for the neighborhood cat for about 2 years and her family built a heated home for the animal. Sometime overnight Sunday the cat everyone called Harley was killed and later found dead in the yard across the street. 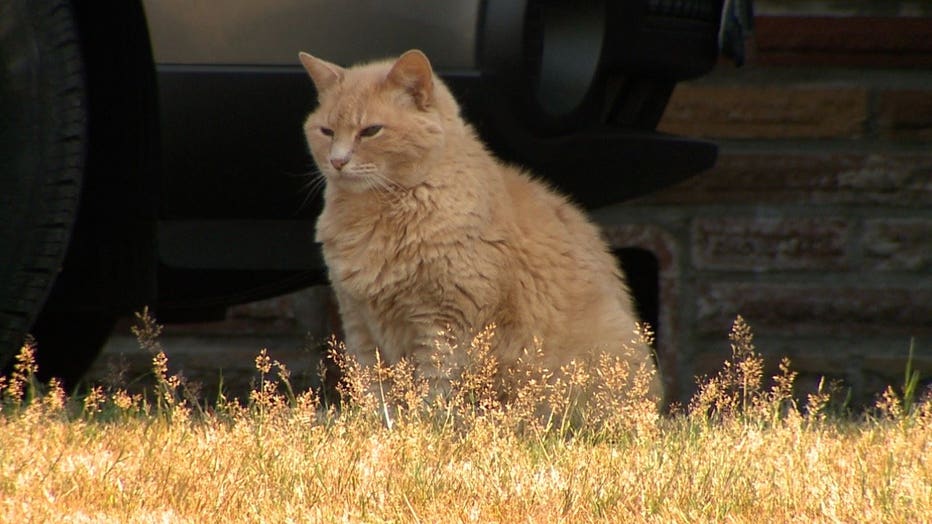 “Laid his body out for everyone to see,” described Harrigan. “It’s really disturbing.”

That incident marks the seventh cat found mutilated so far. According to investigators, they don’t yet have a motive or even a suspect description.

“I make it my mission to find out who this person is,” Thurston County Animal Services Office Erika Johnson told Q13 News.

Johnson has been going door to door notifying pet owners about the danger and warning others to keep their cats indoors at night.

“Just the manners that these animals died was extremely horrific,” said Johnson.

Until investigators make an arrest, pet owners in Thurston County worry their animal could be next.