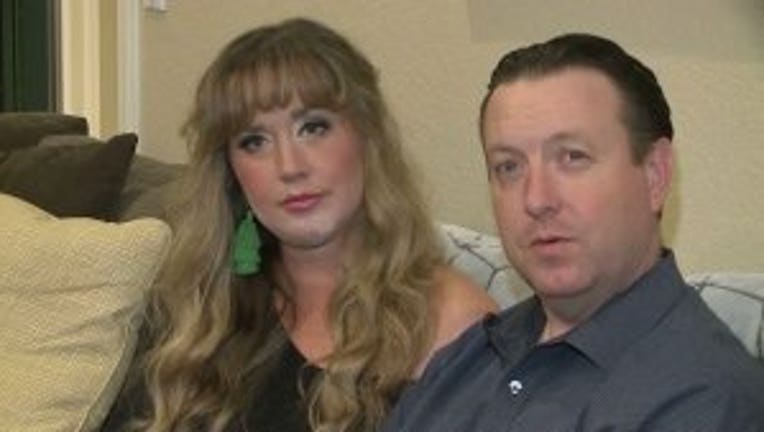 (CNN) -- It was a match made in heaven, or at least eharmony told them so. But Lisa and Dan Summers didn't know how compatible they really were.

Before the Summers met and fell in love after meeting online, Dan, who is in his 30's, had a kidney condition that was discovered in his 20s.

"I knew about 10 years ago that there was going to be some trouble sometime in the future," Dan told CNN affiliate KTXL. "And they thought it was going to be when I was in my 50s or 60s, and it ended up hitting last year."

"It's like being next to a stranger on a train, matching them and then also falling in love on top of it, you know," Lisa said. "There was like this sense that it was going to work."

On August 22 at UCSF Medical Center near their home in Auburn, California, the transplant was successfully performed, and Lisa's kidney was accepted by Dan's body.

Though the Summers are back to normal with their son Jasper, they have a new appreciation for life.

"Being able to see him in front of me just holding my son's hand or when he lifts him or those fun moments," Lisa said. "It's like there's an extra appreciation to it, that my son gets to have his father growing up, you know."

The Summers are now also advocating for kidney donation and are firm believers that the sacrifice can go a long way.

"There's a shortage of donors that are out there right now and there's a number of people that are in kidney failure. And dialysis is not a fun thing," Dan said. "On a live donor, they can get 10 to 20, sometimes 30 years if the match is really good."