SEATTLE -- Workers from a bevy of fast food restaurants around Seattle hit the picket lines Thursday, joining a citywide protest against workers' lack of living wage and the right to organize.

Fast food workers from Taco Bell, McDonald's, Burger King, Subway and other national fast-food outlets located throughout the city walked out of their job early or took a break from work to protest Thursday.

The workers united under a call to "Strike Poverty -- Raise Seattle," hoping to build a sustainable future for fast food and other low-wage workers, officials said. The movement is part of Good Jobs Seattle, an organization hoping to turn poverty-wage jobs in all industries into viable, decent paying careers.

According to Good Jobs Seattle, the median hourly wage for food service workers is $9.50 an hour, one of the lowest-wage jobs in the city. Fast-food workers also only work an average of 24 hours a week. 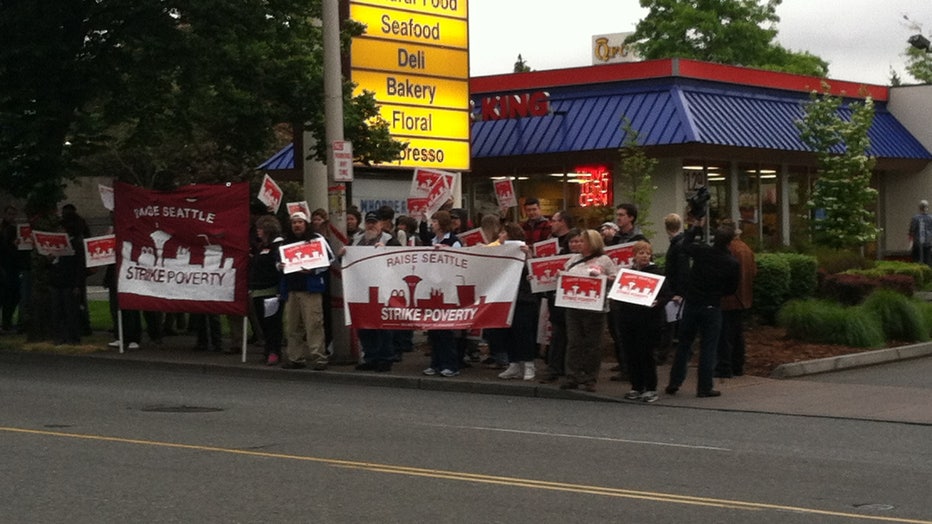 A major rally was planned for 4:30 p.m. at Denny Park. Other picketing locations included: