(Editor's Note: In the SPD video above, a patrol car camera captured the suspect fleeing into a loading dock with officers in pursuit, followed by an audible exchange of gunfire between the suspect and police.)

SEATTLE -- Seattle police on Friday released photos and video from Thursday's downtown shootout in which three officers were shot and injured and one suspect in an armed robbery was killed. Two other suspects were captured.

Photos show one of the injured officer's bulletproof vest and indicates where a bullet entered. She was taken to Harborview Medical Hospital for treatment and released Thursday night. The Seattle Times said sources identified her as Elizabeth Kennedy, 42.

Another officer was hospitalized in serious condition with a gunshot wound to his chin and rib cage area. The Seattle Times, citing sources, identified him as Hudson Kang, 30. Police said both officers have been with the department for about three years. 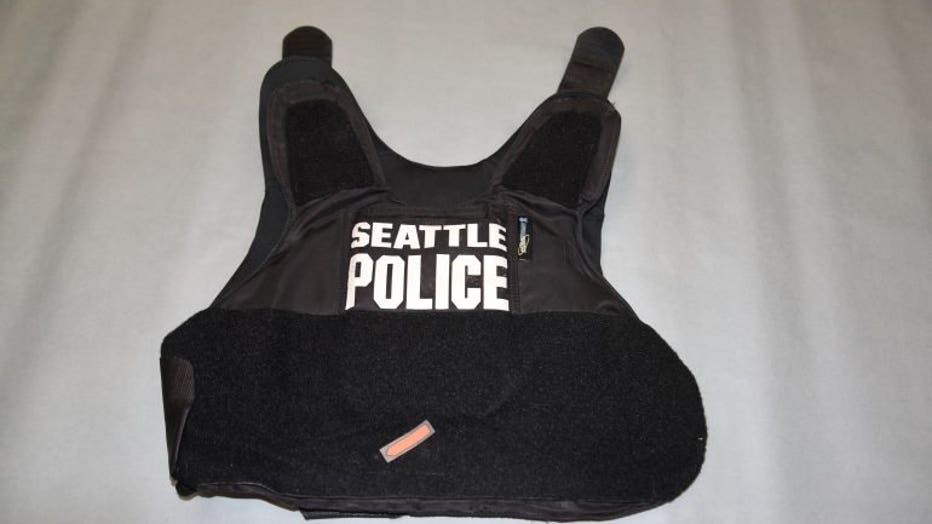 The bulletproof vest worn by injured female police officer. It is marked where the bullet struck.(Photo: SPD) 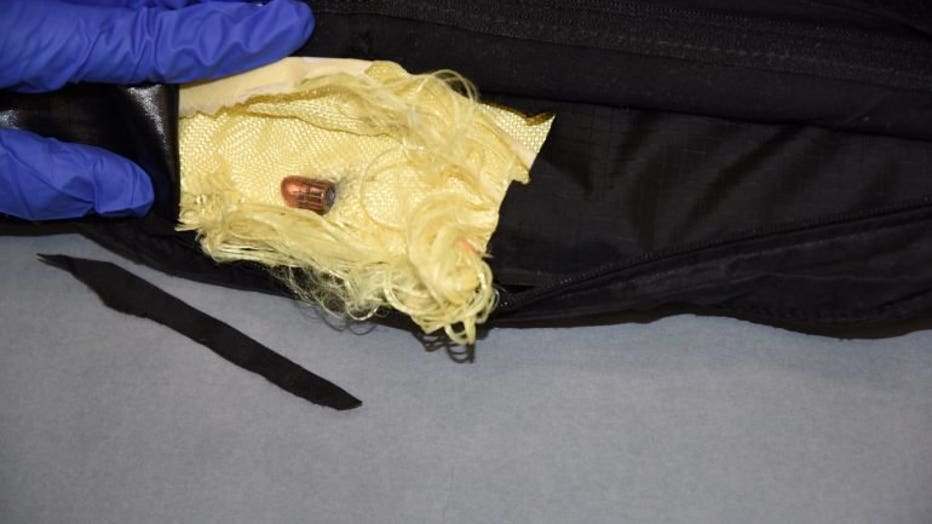 The bullet retrieved from the bulletproof vest.
(Photo: SPD) 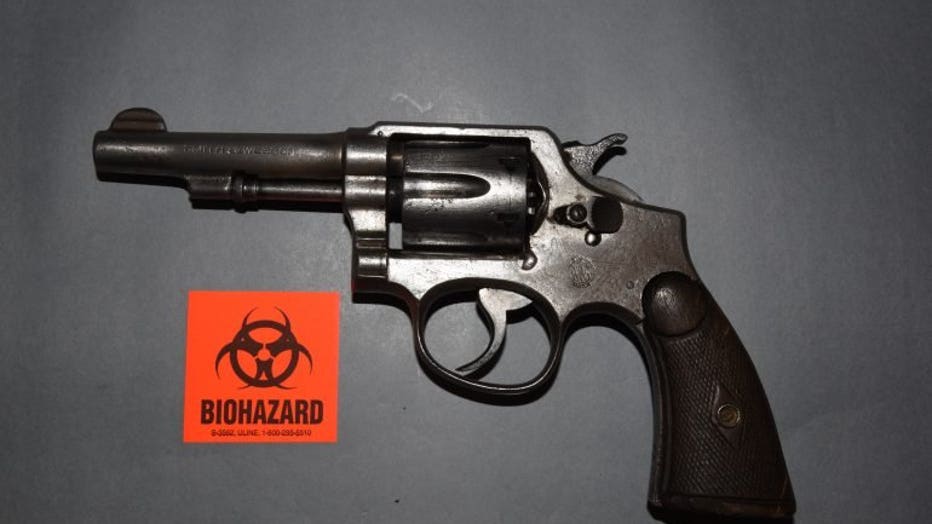 Police say this is the suspect's gun used in the April 20 shootout with officers.(Photo: SPD)

A third officer was grazed in his hand and was treated and released at the hospital.

The incident began shortly after 1 p.m. Thursday whenSeattle police officers were called to a robbery at a convenience store in the 600 block of 1st Avenue.  Two suspects—a 17-year-old female and a 19-year-old male armed with a handgun—robbed the store and fled north on 1st Avenue, police said.

"Officers caught up to the suspects within minutes. A struggle ensued and a male officer was struck in the head with a bottle. The male suspect ran to the entryway of an office building in the 900 block of 1st Avenue, where he exchanged gunfire with police. Three officers were struck by gunfire during the incident," police said in a news release.

In a search of the building, police found the male suspect deceased. The King County Medical Examiner's Office identified that suspect Friday as Damarius Butts, 19. He died from multiple gunshot wounds, the medical examiner siad.

Police arrested the 17-year-old female suspect near the building and, after receiving conflicting information, identified a second 19-year-old male involved in the robbery and took him into custody, police said.

According to court documents, the 17-year-old girl told police that she and her brother decided to go into a 7-Eleven to steal food and beer, while an accomplice waited down the street. She said the gun belonged to her, but she gave it to her brother for the robbery. After grabbing doughnuts and beer and other merchandise, she said, the clerk followed them out and grabbed her. She said her brother lifted up his shirt, displaying the gun to the clerk, and told the clerk to let her go. The clerk complied. She said she and her brother walked a short distance and then stopped to smoke cigarettes. That's when the police showed up.

Police said Butts opened fire on them and they returned fire.