Editor's Note: Make your feelings known about the Whale Protection Zone by contacting NOAA with an email to ORCA.PLAN@NOAA.GOV

FRIDAY HARBOR, Wash. — There’s a new push to save the endangered Southern Resident killer whales in the Puget Sound.

“We are in critical danger of losing these orcas altogether,” said Ken Balcomb, who is with the Center for Whale Research.  Balcomb's job is to count the number of orcas in the area, and it's the government that pays him.

The boat noise interferes with a whale's acoustics, damaging their ability to communicate and feed.

Mark Anderson, founder of Orca Relief Citizens’ Alliance, an organization that fights to save the whales, said we’re at risk of losing the resident orcas.

“Could it happen? That’s the wrong question. Is it happening? It’s happening right now. Can we stop it? Maybe,” Anderson said.

Orca Relief is pushing the National Oceanic and Atmospheric Administration (NOAA) to force boaters who threaten the whales to back off in certain areas. It’s called a “Whale Protection Zone” or a “No Go Zone.” It would ban whale watch operators within a half-mile of the coast off the west side of San Juan Island -- roughly a 6.2-mile stretch from Mitchell Bay to Eagle Point.

“We have to find those things we can do easily -- relatively quickly -- to enable them to have some chance of recovering,“ Bruce Stedman, executive director of Orca Relief, said.

The government implemented stronger laws last year, ordering boaters to stay 200 yards away from orcas, double the previous distance.   Still, problems persist.  Scientists tracking the whales found the average orca encounters 76 boats per day. Boaters are getting too close and breaking the law.

“Whales appear to be harassed by people in boats,” Eric Eisenhardt of Soundwatch, a group that’s on the water tracking the violators, said.

Everyone agrees there’s a lack of enforcement.

Washington Department of Fish and Wildlife Sgt. Russ Mullins said, "Successful presence on the water basically boils down to funding, and it can be a constant battle year after year."

Eisenhardt is quick to add there is an issue in that “there really is no consequence for breaking the law -- people start figuring that out.”

This past summer, the state was awarded a federal three-year, $1.2 million grant for orca protection. Those monies will pay for a full-time officer dedicated to the whales. It will also pay for extra patrols, including 50 additional 10-hour days on the water each summer.

Last year, NOAA considered a No Go Zone, banning all boats off the west side of San Juan Island as part of the tougher restrictions. But the government agency tabled it, after getting pushback from the fishing industry, kayaking tours and whale watch operators. They claimed such measures would cost millions and put a lot of people out of work.

“The operators are not inclined to push the rules,” said Michael Harris, executive director of the Pacific Whale Watch Association, who added that a Whale Protection Zone unfairly targets one industry that’s critical to the local economy.

“We have to think through very carefully what the solutions are that are going to improve the situations for the whales and not have tremendous economic effects on the islands.”

It’s part of the reason why Orca Relief has scaled back its proposal to only include the whale watch operators.

But Harris countered, "The last thing they (commercial whale watch operators) want to do is be part of the problem -- they're not.”

But when he was asked why the six-mile line of the coast that would be defined as a No Go Zone -- a relatively small sliver of the vast Sound coastline -- would be too much to give up to save the orcas, he insisted it wasn't necessary to protect the whales.

“It's not needed. And it hits the stakeholders, the commercial whale watch operators really, really hard,“ Harris said.

The final decision falls on the federal government.

“It’s definitely something worth consideration, and that’s what we’ve committed to do -- to think about it, ” Lynne Barre, NOAA’s biologist overseeing the Marine Mammal Program in the Pacific Northwest, said.

We pressed Gov. Jay Inslee and Congressman Rick Larsen (the San Juan islands are in his district). Neither would take a stand on the No-Go Zone. Instead, they’re both pushing for better enforcement and education.

There are a lot of opinions surrounding how to best protect and save the orcas, and NOAA wants to hear from you. You can contact NOAA directly about the issue by sending an email to: orca.plan@noaa.gov. 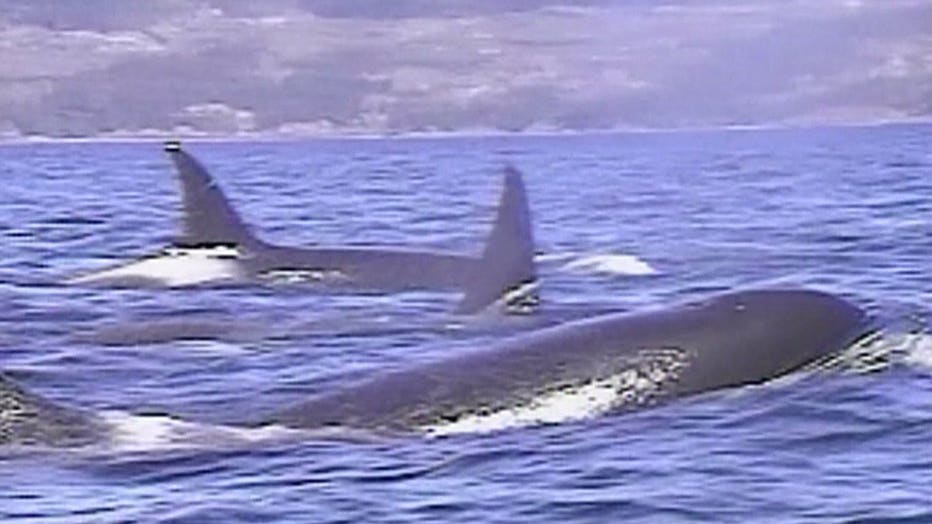