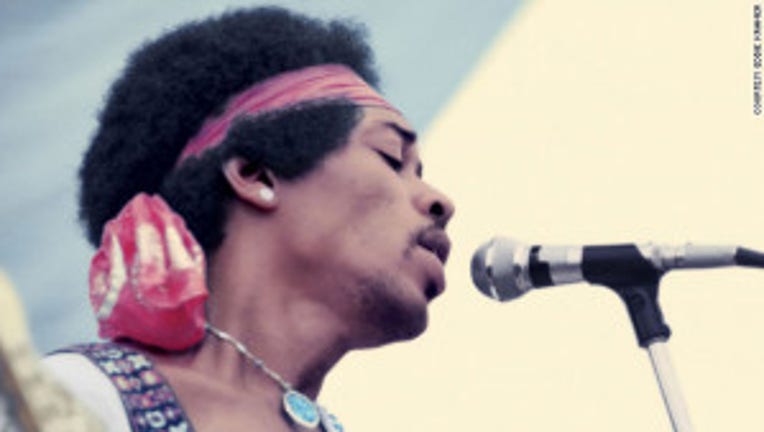 Sure, the guitarist was a master, redefining the capabilities of the instrument. Yes, his songs and performances -- "Purple Haze," "Castles Made of Sand," "Voodoo Child (Slight Return)," the Woodstock version of "The Star-Spangled Banner" -- are classics.

But the guy's been dead for almost 43 years.

Before he died, he made just three studio albums: "Are You Experienced," "Axis: Bold as Love" and "Electric Ladyland." ("Band of Gypsys," a fourth album that came out just before his death in September 1970, was a live LP.) After that, thanks to various legal issues, there were dozens of albums put out in his name -- compilations, studio meanderings and more bootlegs than you'll find in a chorus line of lumberjacks. Diehards have them all.

And even if the legal details have been straightened out over the last few years -- the recent releases are far more meticulous -- rock music long ago moved on from Hendrix's tie-dye era, splitting into subgenres and sub-subgenres. The guitarist himself is now generally the subject of classic rock two-for-Tuesdays and some yellowing bedroom posters: a guitar-god statue, forever frozen in the act of lighting his guitar on fire.

So could there be any interest in hearing yet another Hendrix collection?

"Somewhere," the first single from "People, Hell and Angels," hit No. 1 on Billboard's Hot Singles Sales chart in mid-February. His record label expects the album to debut strongly on the Billboard 200 album chart, which means quite a few people still are willing to part with their pennies to own the latest Hendrix release.

"Jimi Hendrix stood out not just for his guitar playing, but he was a great songwriter and a tremendous vocalist," says Cross, author of the 2005 biography "Room Full of Mirrors." "What he created with those three studio albums was so revolutionary that you look back and those are still very innovative albums. ... It was a full-meal deal with Jimi, not just one thing."

"People, Hell and Angels" features 12 songs that Hendrix recorded in 1968 and 1969, many of which were intended for the studio follow-up to "Electric Ladyland." All of the songs are Hendrix originals with the exception of "Bleeding Heart," an Elmore James tune, and "Mojo Man." The musicians vary from song to song -- some with fellow Experience member Mitch Mitchell, others with longtime Hendrix pals Billy Cox and Larry Lee. Stephen Stills guests on "Somewhere."