SEATTLE -- Heroin use is on the rise among many young people.

Shilo Murphy runs the People's Harm Reduction Alliance in Seattle’s University District.  It's a needle exchange where intravenous drug users can trade in used needles for clean ones in order to prevent the spread of infection. Murphy is a former user and he's concerned about the change in his clientele. 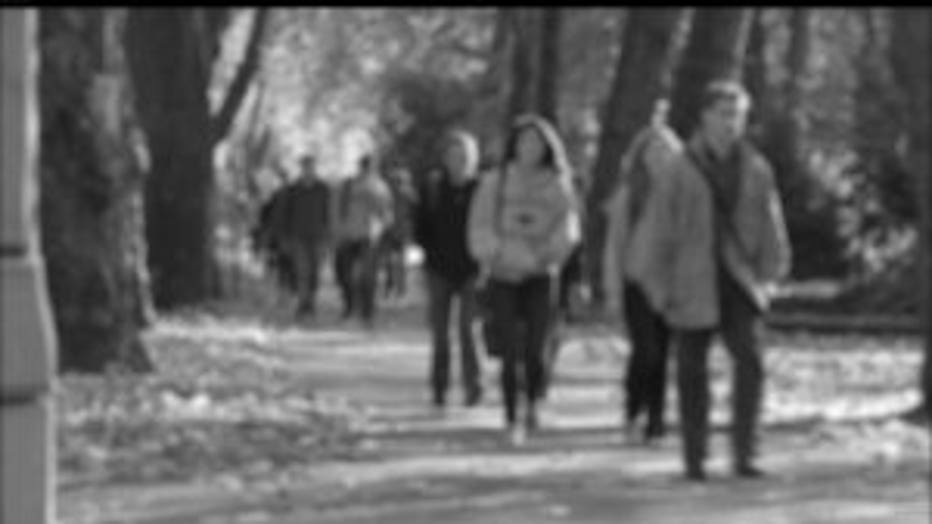 Dr. Caleb Banta-Green of the University of Washington recently published a study on heroin use in Washington state. He said Murphy is right -- heroin is making a comeback with kids.

“I don't want people to think it's a problem at one place or another, it seems to be hitting most places, unfortunately, pretty even,” Banta-Green said.

The trouble, according to the research, begins in high school when most kids start experimenting with prescription drugs from somebody's family medicine cabinet.

Joelle Puccio, the women's director at the needle exchange, saw that herself.

“So many kids I knew growing up as a teenager were doing OxyContin and Percocet,” she said. “And they were like, 'It's safe, they're prescription, it's fine.' ”

The problem arises when those kids become addicted. Then, you need more and more to get the same experience, and now that drugs like OxyContin and Percocet are harder to get, many young people are turning to heroin.

“It's very logical -- if you look at a molecule of OxyCodone and a molecule of heroin, they're virtually identical,” Banta-Green said. “The brain sees them as identical.”

Heroin is cheaper, which also makes it attractive to young people. Some said they can get high for as little as $5. But it's a lot more dangerous, and Banta-Green said you can never be sure of what you're buying and the risk of overdose is extreme.

“A lot of the kids coming up are wildly uninformed about what the drugs are, how they work, what to do in an overdose, safe injection practices,” Puccio said. “Because these are kids that didn't necessarily grow up in the drug-using culture, they were sort of shoved there from the middle class, and you don't really learn about that kind of thing in the normal middle-class upbringing.”

The best-case scenario is to keep kids away from the drugs in the first place.

“We have a young group who needs to not get exposed to opiates, that's really important,” Banta-Green said.

His advice is to not leave old pain medication around the house, and to make sure children understand the dangers involved with taking prescription drugs.

As for the people who are already involved with narcotics, treatment programs can work.

Murphy said that's where he comes in. He's not just giving clean syringes and other paraphernalia to users, he's also providing a place where they feel accepted.

“We tell them that they're loved. They are not a sub-human population. They're our brothers, our sisters.”

“This is sometimes the first place people can be honest and open about their drug use,” Puccio added. “Without fear of punishment or judgment or even embarrassment.”

The hope is that, in an atmosphere of trust, addicts might be able to admit they have a problem and reach out for help.

“We provide referrals to treatment, we can tell people, 'Here's who to call, here's what to do',” Puccio said. “If we're the only professionals that these people ever ask for help from, then we're sometimes the only route to treatment people can have.”

Banta-Green and PHRA also say it’s important to spread the word about naloxone or Narcan, a drug that counters the effects of heroin to prevent an overdose. In Washington state, it is legal to get a prescription for yourself or a loved one who may be at risk for an overdose.

For more information, and some of the resources available to help addicts, go to Stop Overdose or The People’s Harm Reduction Alliance.