Above is Part 1 of our 5-part special report, "The Last Generation." Scroll down to continue watching.

SEATTLE -- The southern resident orcas are magnificent, iconic mammals in the Pacific Northwest. They've called these waters home for tens of thousands of years. And then we showed up. 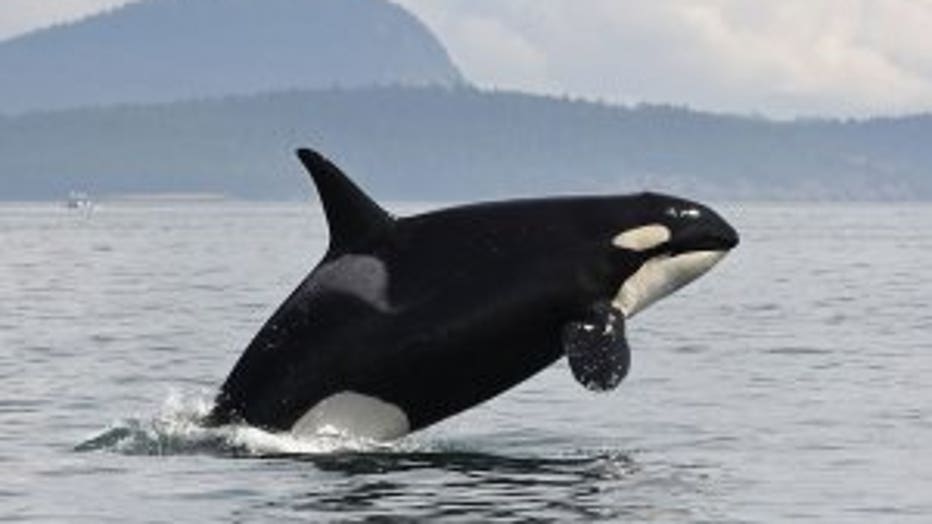 A southern resident orca leaps out of the water in Puget Sound. Credit: Center for Whale Research

Humans over harvested their prey, dammed salmon runs and polluted the waters with toxins and noise. We captured their young and shipped them off to marine parks, and still the species as a whole survived.

Until now. Now, they're at a breaking point. And they probably know it. They know they're hungry, searching for food far more than they find it.

They know their babies are dying. Tahlequah certainly did. She carried her dead calf on her head for 17 days and more than 1,000 miles. She showed the world her pain.

The population has dipped to 75 whales, when it's believed historically more than 200 swam these waters.

I've spent the past year analyzing this question: Is this the last generation of southern resident orcas?

I've looked at the threats to their survival: the lack of prey; contaminants; and vessel disturbance. I've interviewed the foremost experts in this field and pressed the politicians who have the power to make a change. I've traveled across the state and even to Canada learning about solutions and meeting the people who are pushing them forward.

A year later, I've come to a conclusion, and it's one I don't make lightly. There is no question: This is the last generation. Humans -- who are responsible for putting these mammals in such a critical state -- need to act now if there's any chance at turning around the killer whales' decline.

One year ago, Gov. Jay Inslee signed an executive order to form a task force to save the southern resident orcas.

"I think there is a myth that this is an impossible task," Inslee said at the first meeting.

As the population suffered through 2018, there's never been a more critical time to take bold actions.

Breaching four dams on the lower Snake River is the most talked-about action item during public comment at any southern resident orca task force meeting.

While there's no one solution to saving the orcas from extinction, hundreds of thousands of people signed petitions telling government where they'd like it to start.

"If there were abundant salmon -- which we wish there were here in Washington state -- the noise might not be a big issue," said Scott Veirs of the Orca Sound Hydrophone Network. "But when salmon is scarce, particularly the chinook salmon the killer whales prefer, noise is probably quite important."

But even with measures to slow down boats and give a bigger buffer to the orcas, the noise could get worse because of expansion projects in Canada.

Poison in our waters

The fat of southern resident orcas is full of toxins, and when they're hungry, they burn their fat storage, poisoning themselves and unborn fetuses.

“Firstborn offspring get almost 100 percent of the toxicants that have been stored in the mom’s body through her entire life,” said Deborah Giles, an orca biologist at University of Washington. “So often those first babies don’t live.”

While pollution may be the hardest problem to solve, it's the one area where each individual can help orcas in their everyday life.

I've been contemplating for some time the possibility of the southern resident orcas going extinct.

I wondered why we care so much about this one species, and then someone in Vancouver helped me realize what it is.

The southern resident orcas would be one of -- if not the first -- species to go extinct where we know every individual by name.

With those names come connections. We know each orca's story. We relate.

We grieve with Tahlequah and think about what it would be like to lose our own child. Some of you know how that feels and you empathize even more.

A three and a half year old orca didn’t die last year, Scarlet did. She was a rambunctious calf who beat the odds for years after a difficult birth; a little smaller than normal but always spunky and putting on a show, until she was too thin and too sick to go on.

The tribes say the southern resident orcas are their relatives. I marvel at their connection.

And I hear from so many people on social media about how these individual orcas become part of your family and your story.

As a journalist, it’s my job to hold those in power accountable to ensure they’re doing what it takes to save the southern residents; preserving this species is a federal mandate.

As citizens, you can contact your state legislators as they finalize this year’s budget. You can give public comment for federal and state projects.

And you can keep fighting to keep these southern residents from becoming the last generation.
Want to act?

Contact your state legislators to tell them you want them to act to protect the orcas by supporting legislation and fully funding recovery projects. Here is more information about the bills introduced this session.