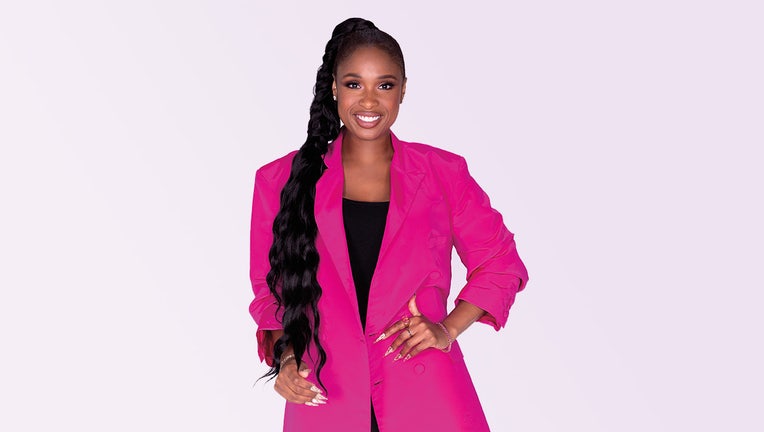 Jennifer Hudson is lending her soulful, Grammy-winning voice to become the newest voice in daytime talk.

Her new show, "The Jennifer Hudson Show," is coming to FOX Television Stations across the country this fall.

Many know her from her days on "American Idol" when she was a finalist in the third season. But she began building her career and strengthening her voice by singing at a small church in Chicago where, week after week, she brought the congregation to its feet.

And she’s hoping her talk show does the same.

"People from around the world have been a part of my journey from the beginning – 20 years ago – and I’m so ready to join their journey as we sit down and talk about the things that inspire and move us all," she said.

"As the syndication business continues to go through a major sea change, we need power players to reenergize talk shows and Jennifer Hudson is just that," said Frank Cicha, executive vice president of programming at FOX Television Stations.

The 40-year-old’s career is certainly inspiring. She’s a two-time Grammy winner, an Academy Award-winning actress, an Emmy Award-winning producer, best-selling author and, most recently, was named entertainer of the year at the 53rd annual NAACP Image Awards. But her personal life has also been a note of inspiration.

In 2008, her mother, brother and nephew were murdered. Her sister’s estranged husband has since been sentenced for the shooting deaths and Hudson has set up an educational charity in her nephew’s honor. She’s also shared in a memoir her struggles with weight and how she lost 80 pounds.

"I have experienced so much in my life; I’ve seen the highest of the highs, the lowest of the lows, and just about everything in between but as my mother always told me, ‘Once you think you’ve seen it all, just keep on living,’" Hudson said.

Hudson promised that her one-hour talk show will be fun and hinted that it will "shake things up a little bit."

FOX Television Stations hasn’t announced yet what time slot her show will occupy, but it will join the competitive daytime network ranks of fellow "Idol" alum Kelly Clarkson. The ending of Ellen DeGeneres’ long-running show this year also clears the way for a new chapter in daytime talk TV.

This station is owned by FOX Television Stations.