How to adjust to daylight saving time

Daylight saving time can wreak havoc on your internal clock.

Twice a year, time changes sweep across the country.

Clocks spring forward one hour in the spring to begin daylight saving time and then fall back an hour in the fall to end it.

"The real goal of daylight saving time is to move the hours of human activity to make the best use of daylight," said David Prerau, computer scientist and author of "Seize the Daylight".

The change is literally meant as a time for saving daylight, added Prerau, as most human activity occurs during the day.

While today’s night owls may scoff at the notion, this wrangling of time to make the most use of daylight dates back over a century, with motivations — and controversy — rooted in patriotism, practicality and public opinion. 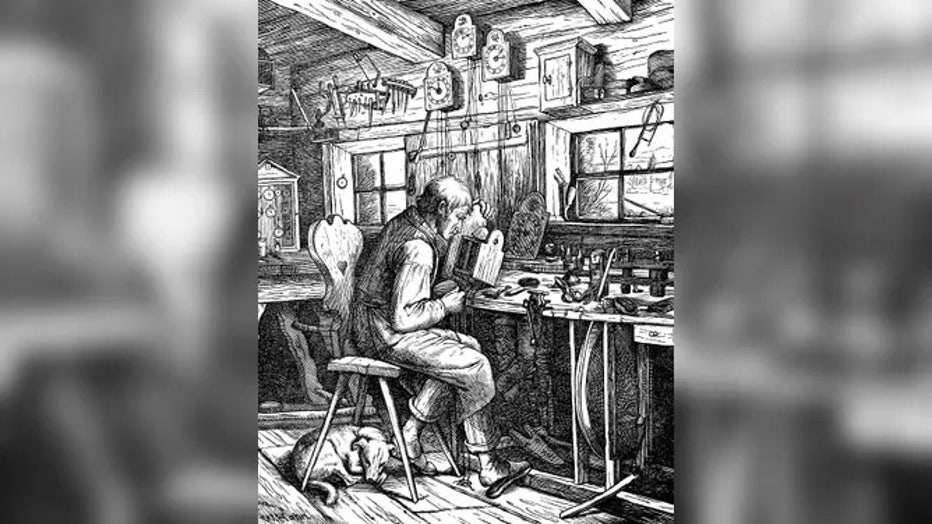 According to Prerau, the concept of daylight saving time can be attributed to three people.

The first was Benjamin Franklin in the 18th century. Franklin realized that waking up closer to sunrise gave him more hours of daylight to light his home and helped him save energy, as he used fewer smoky and expensive candles.

The second was George Bernard Hudson in late 19th-century New Zealand. Hudson was an entomologist and astronomer who proposed the idea of moving clocks forward to the Wellington Philosophical Society.

The third person was William Willett in early 20th-century United Kingdom. A builder and member of the Royal Astronomical Society, Willett introduced a bill in British Parliament to officially enact a time change.

While none of the three saw their idea come to fruition in their lifetimes, the idea was later revived for an unexpected purpose — war. 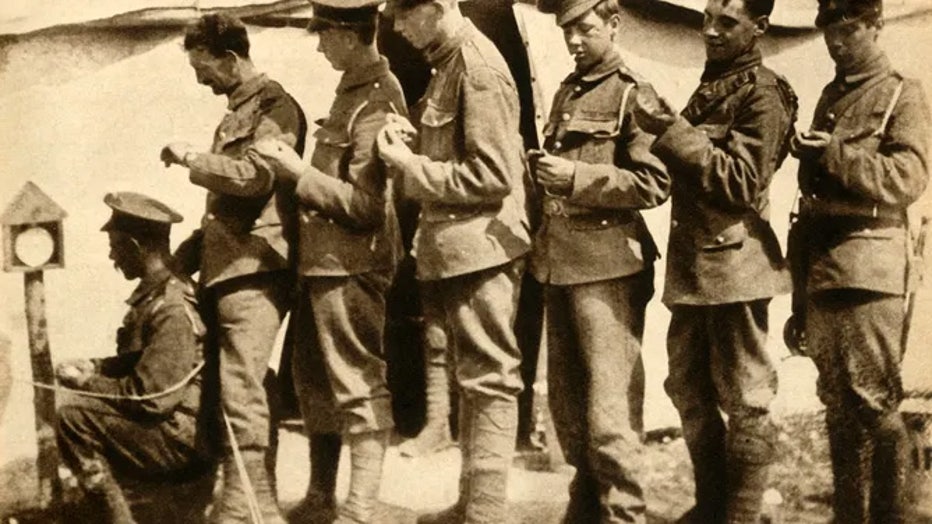 British soldiers synchronizing their watches on the front line during World War I. (The Print Collector / Getty Images)

According to Prerau, countries on both sides of the war — including the United States — adopted the time change, as well.

"I assume they were trying to do anything they could to save energy," said Prerau. "It was a big issue during the war, and this was a way that they would work to save energy." 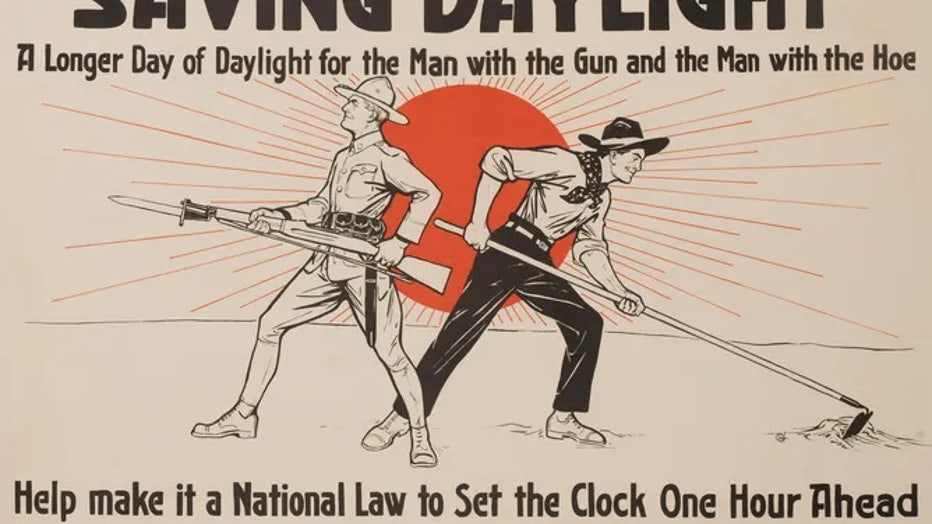 "Farmers have been the leading group against daylight saving time," he added.

According to Prerau, at a time when most of the country was still rural, the people successfully had Congress repeal the time change.

Nixed on the federal level, the time change was only able to occur on the local level...for a while.

Deja vu with a twist 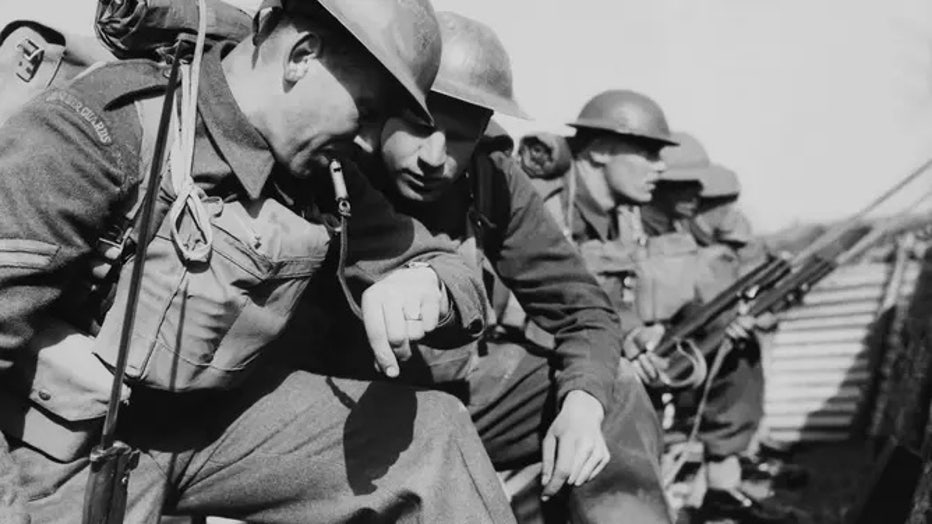 Grenadier Guards of the British Army check the time while serving on the lines. (Keystone-France / Gamma-Keystone / Getty Images)

In the mid-20th century, the country experienced a bit of a deja vu.

"And when the U.S. got involved in World War II, only one month after Pearl Harbor, we put on daylight saving time for the war effort."

After the war ended, the time change was once again repealed by Congress.

Passage of time, passage of law 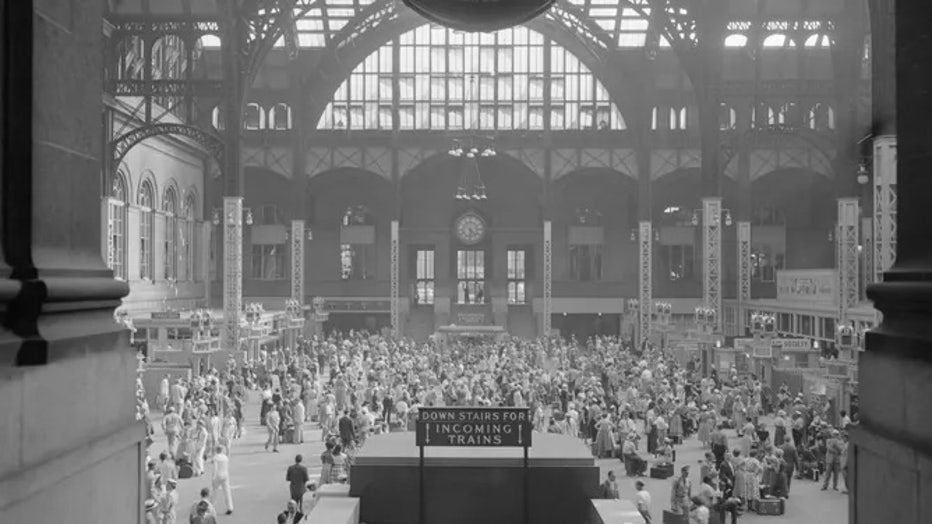 The adoption of daylight saving time was spotty across the country, according to Prerau, varying from state to state and town to town and causing plenty of confusion.

LEARN: HOW DAYLIGHT SAVING TIME CAN MESS WITH YOUR HEALTH

"There was a bus ride you could take from Steubenville, Ohio to Moundsville, West Virginia," said Prerau. "Thirty-five miles, and the bus would stop in several towns along the way."

"And because some [towns] had daylight saving time and some didn't, you got to change your watch seven times in thirty-five miles." 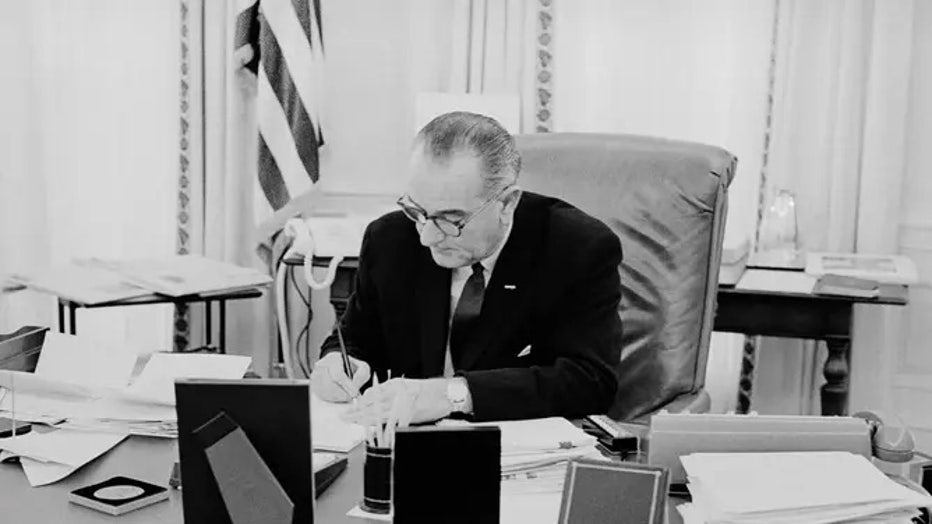 In 1966, the federal government passed a law called the Uniform Time Act to standardize time across the country.

"It said a state doesn't have to have daylight saving time, if it doesn't want to," said Prerau. "But if it does, it has to be statewide. And all the states that did have it would all have to start on the same date and end on the same date, and the federal government would set the starting and ending date."

"So that's the law we have today," Prerau added.

Daylight saving time is now observed in 48 states, with the outliers being Hawaii and Arizona. According to Prerau, they have specific reasons that make them different from any other state. 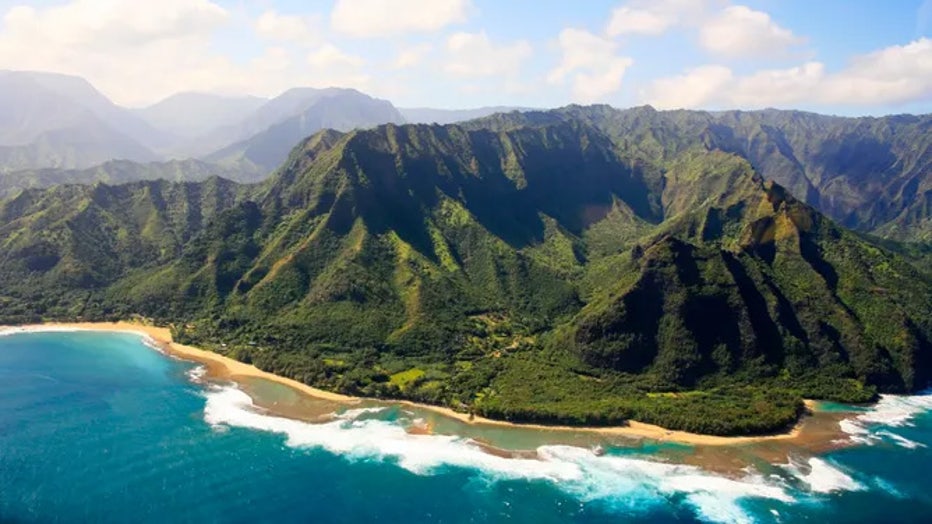 The sun shines on the Napali Coast on the island of Kauai in Hawaii.(Paul Mounce / Corbis / Getty Images)

"Hawaii is by far the most southern state, the state closest to the equator," said Prerau. "As we get close to the equator, the sunrises and sunsets don’t change very much over the year. Therefore, they have much less benefit of daylight saving time than most other states."

Additionally, Hawaii’s distance from the mainland keeps the state isolated and less concerned about matters with neighboring states. 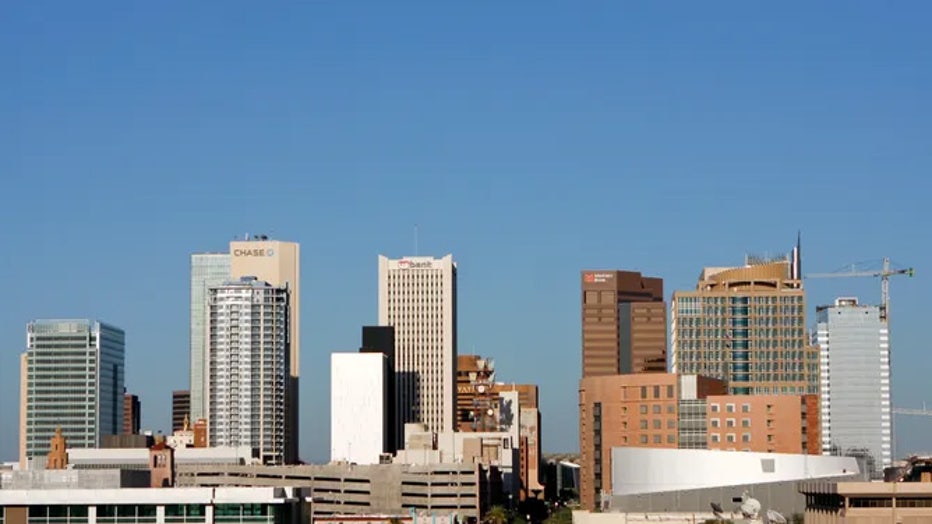 "In Arizona, the two most populous parts of the state, which are the Phoenix and Tucson areas, are so hot in the summer that the last thing they want to have in the summer is more daylight."

Arizona is also a house divided. 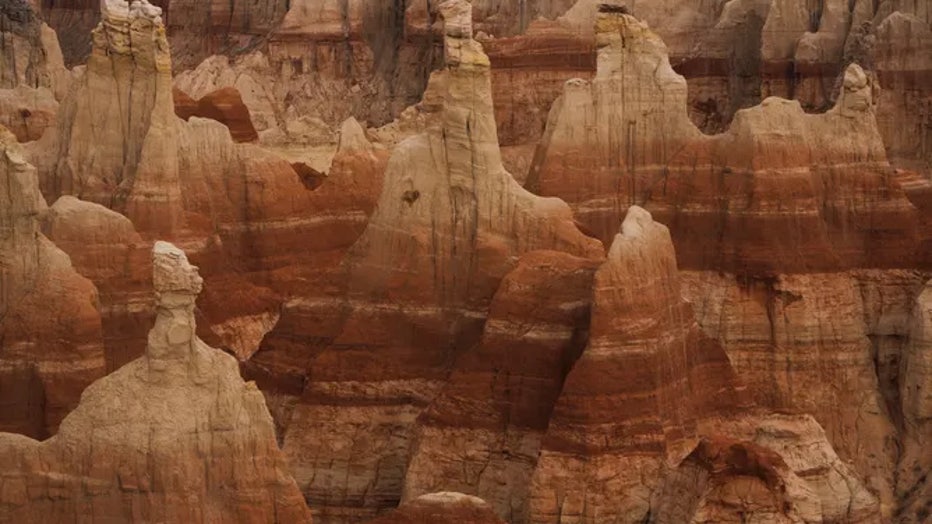 According to Indian Country Today, the Navajo Nation in the northeast region of the state does observe daylight saving time. However, the Hopi Nation, which is encircled by the Navajo Nation’s territory, opts out of the time change. 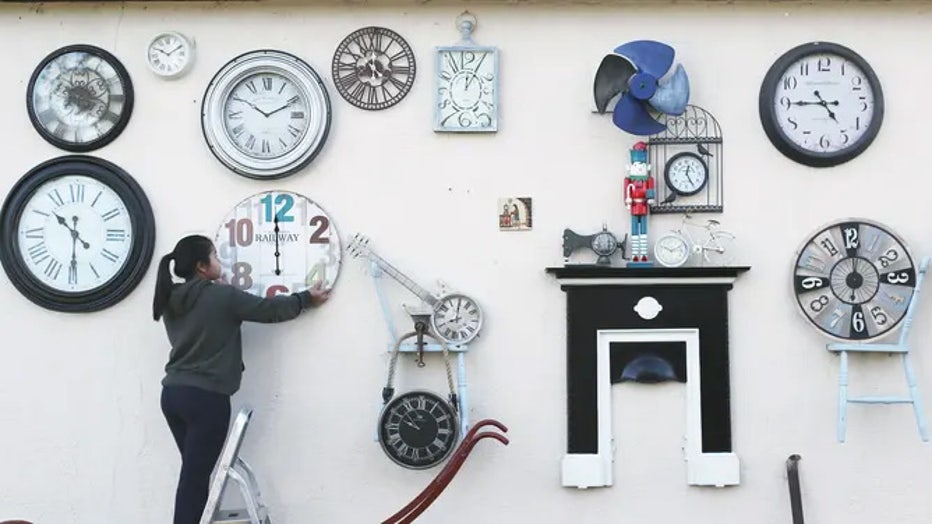 Sky Sangari Phunman changes the time on the clocks in her home. She collected clocks in memory of her grandfather, who specialized in horology, or the study of time. (Niall Carson / PA Images / Getty Images)

Daylight saving time has sewn divisions within the larger U.S.

In January 2021, some members of Congress introduced a bill in hopes of ending the era of "springing forward" and "falling back" for many states. Called the Sunshine Protection Act, it sought to end standard time and make daylight saving time permanent.

Will such permanence come to pass?

Given the track record of changing views on daylight saving time, only time will tell.