"They try to break her, they try to wear her down, and they can’t."

BROOKLYN, NY - Since its first episode, "The Handmaid’s Tale" has had one major focus propelling the story forward: the battle of wills between handmaid and rabble-rouser June Osborne (Elisabeth Moss) and wife/patriarchal-standard-bearer extraordinaire Serena Joy (Yvonne Strahovski).

This rivalry has only intensified in the show’s fifth season, in which both women are forging new lives in Canada while still hellbent on avenging their own past grievances against each other. And while it is becoming apparent that we can expect a massive showdown between these two antagonists in future episodes, they aren’t the only dynamic duo that keeps audiences glued to the screen. Back in Gilead, we have another odd couple — arguably, a more intriguing one — that is undergoing its own transformation: Aunt Lydia (Ann Dowd) and Janine (Madeline Brewer).

The relationship between both women has been tumultuous, fraught and often violent. Over the course of five seasons, Aunt Lydia has unleashed a torrent of horrors onto Janine including (but not limited to) plucking her eye out as punishment for her feisty nature. Janine suffers several downward spirals that turn her into the kooky, almost childlike, easily manipulated character that so desperately wants to please Aunt Lydia. On the other hand, Janine is also the one handmaid that can rattle Aunt Lydia’s firm belief that she is doing the lord’s work. 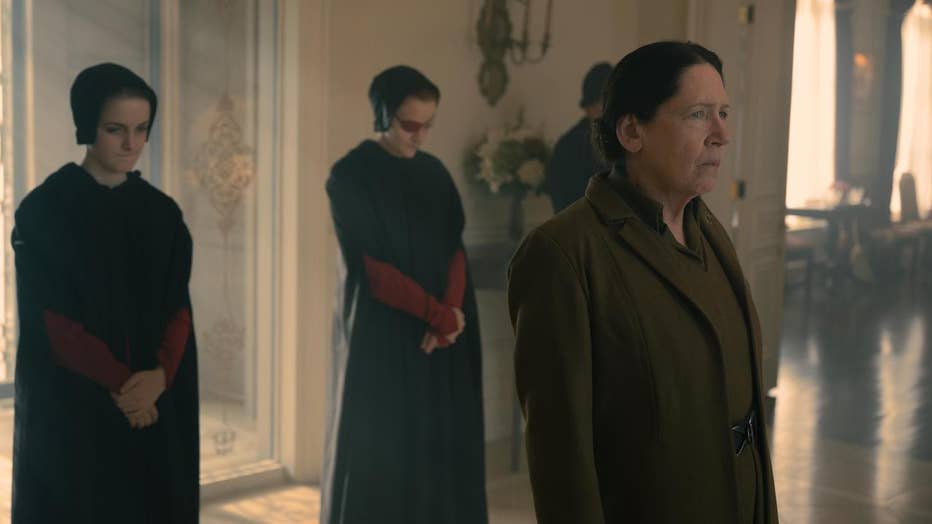 The Handmaid’s Tale -- "Ballet" - Episode 502 -- June struggles to move on with her life in Toronto. Serena plans an elaborate memorial. Aunt Lydia and Janine prepare Esther for her first posting as a Handmaid. Esther (Mckenna Grace), Janine (Madelin

Now that we’re nearing the fifth season finale, which debuts Nov. 9 on Hulu, there is reason to believe that Janine’s influence might cause a fundamental shift in Aunt Lydia — resulting in unforeseen consequences that will radically alter their fates.

"Janine’s major theme this season is adapting," Brewer tells FOX Television Stations. "She goes through so much this season, it’s hard to sum it up." According to Dowd, her character’s arc is also based on change. "I think [Aunt Lydia] is in a process of opening her eyes, dropping the armor, taking off the blinders and then acting upon that."

WATCH FREE ON TUBI: Madeline Brewer in the dramedy "Hedgehog" — get the app

Viewers will have already noticed some of these shifts in the latest episodes. When Janine is poisoned by Esther (Mckenna Grace), an abused and (rightfully so) angry teen handmaid, Aunt Lydia is brought to her knees with remorse and begs God to sparse Janine’s life. When Janine wakes up, she is no longer scared to call out Aunt Lydia’s complicity in Gilead’s heinous society.

As Brewer explains, Janine "is the unbreakable flame that is the human spirit… They try to break her, they try to wear her down, and they can’t." 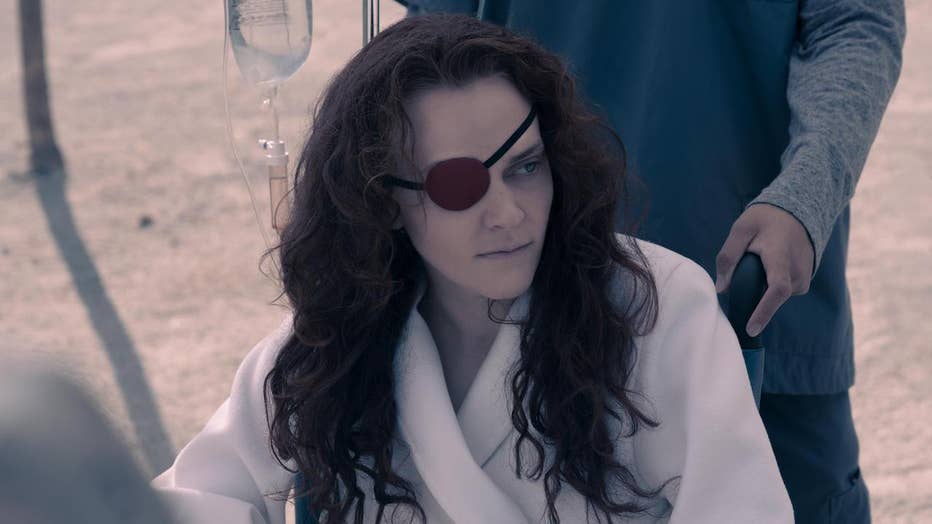 Admitting that she may not fully understand what handmaids go through, Aunt Lydia asks Janine for her help in treating the handmaids with more compassion. After learning Esther had been raped by a commander, Aunt Lydia is further motivated to find a way to reform the handmaid’s system — but is unsurprisingly ridiculed by Commander Lawrence (Bradley Whitford) for even suggesting it. She cannot deny it any longer: Gilead is not righteous path she believed it was.

WATCH FREE ON TUBI: Elisabeth Moss takes charge in "The Kitchen" — get the app

The fact that Janine and Lydia’s relationship has evolved from one based on violent and unforgiving domination and submission into a complex and compelling bond is in no small part due to the masterful performances the actors bring to their respective roles. In lesser hands, Aunt Lydia could have come off as cartoonishly evil, but Dowd’s strategy is to approach the role with curiosity. "What excites me is coming to know her, without judgment. How did she come to be this person that she is? And what are the hopes for her moving forward?" 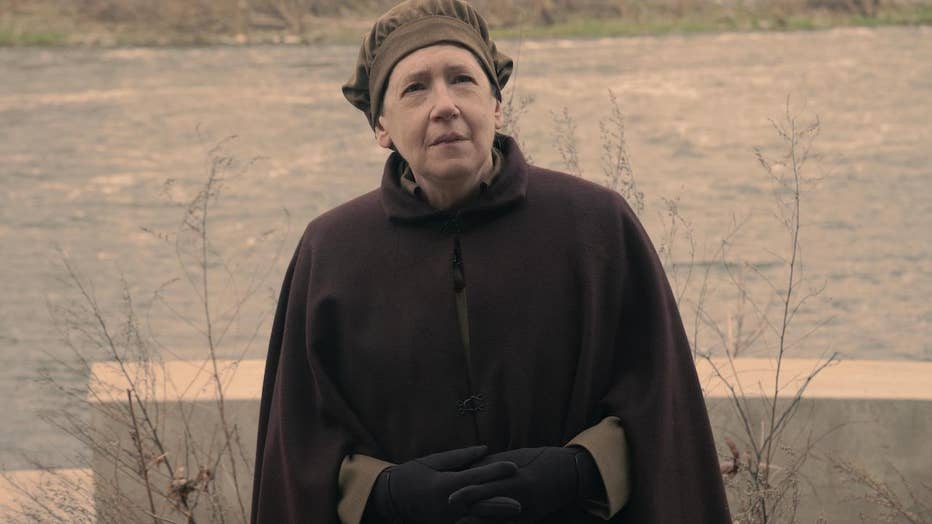 For Brewer, Janine’s role can sometimes offer comedic relief, but it’s a performance fueled by a strong sense of responsibility. "I hope that someone watching feels a kinship to her and is represented by her," Brewer explains, noting that she wants to honor Janine’s storyline and the way it intersects with current events.

In season four, we see Janine seeking an abortion in pre-Gilead times and finding instead an anti-abortion "crisis pregnancy center" that feeds her misinformation, rather than offering care. Given Brewer’s own experience with the procedure, she brings into the character "a knowledge that I have about Janine and a trust I have in playing her." Brewer has been more outspoken about her own abortion since Roe v. Wade was overturned, in large part because of Janine: "I wanted to for the Janines of the world." 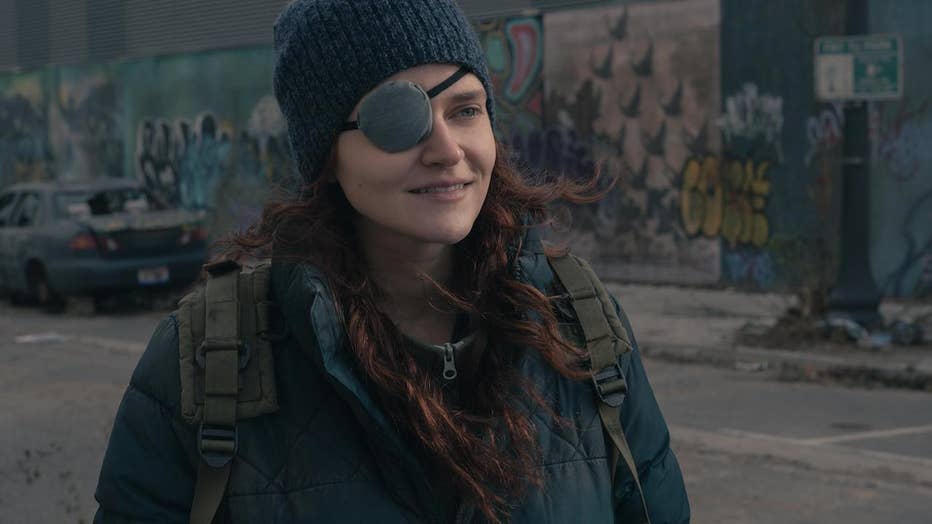 With the end of the season swiftly approaching ("I don’t even know what to say about the finale," Dowd tells FOX, calling it "very, very powerful"), it’ll be interesting to see whether this delicate alliance between Aunt Lydia and Janine will continue to grow or even bring about Gilead’s downfall. After all, Aunt Lydia’s conversation with Lawrence in the recent episode "Together" results in one of the show’s most shocking deaths.

Dowd believes viewers can expect even more twist and turns. "There were so many times when I was totally stunned," she says about the season overall. "I think the fans are going to love it. It’s tremendously nerve-racking and exciting."

You can watch the full interviews above.

About the writer: Ines Bellina is a writer, translator and bon vivant. You can read her work at The A.V. Club, Consequence, Shondaland, Chicago Magazine and more. Follow her on Twitter at @ibwrites for her hot takes on #BachelorNation.

Your next TV binge watch: "The Fall," streaming free on Tubi

The Fall (2013-2016): Gillian Anderson and Jamie Dornan lead this detective series about a brutal serial killer operating in Belfast, Ireland. She’s Superintendent Stella Gibson and he’s Paul Spector, a seemingly respectable family man with a murderous secret. The point here isn’t to figure out who did the crime, but why Paul feels an impulse to torture and kill. With its psychological angle and exploration of doubling and mirror images, "The Fall" is a brooding, slow-burn series perfect for a binge watch. Rated TV-MA. Three seasons, 17 episodes. Also featuring Aisling Franciosi, John Lynch, Niamh McGrady.

"The Fall" is streaming free on Tubi — get the app

How to watch "The Handmaid’s Tale"

All seasons of the "The Handmaid's Tale" are exclusively streaming on Hulu. New episodes arrive weekly through Nov. 9. Hulu's plans begin at $7.99/month for the ad-supported tier ($1.99 for eligible students!); options include ad-free and Live TV tiers, as well a bundle with Disney+ and ESPN+.