A debate is raging across the country, one that happens almost every year at this time in October: The best vs. the worst Halloween candies.

We want to hear about your favs and your not-so-favs. First, let’s go through some of the sweet treats people love and love to hate.

Halloween Express put together an amazing list of the best and worst of what kids-and some adults--get from Trick-or-Treating.

Washington State is on trend, with people saying it was their number one choice. 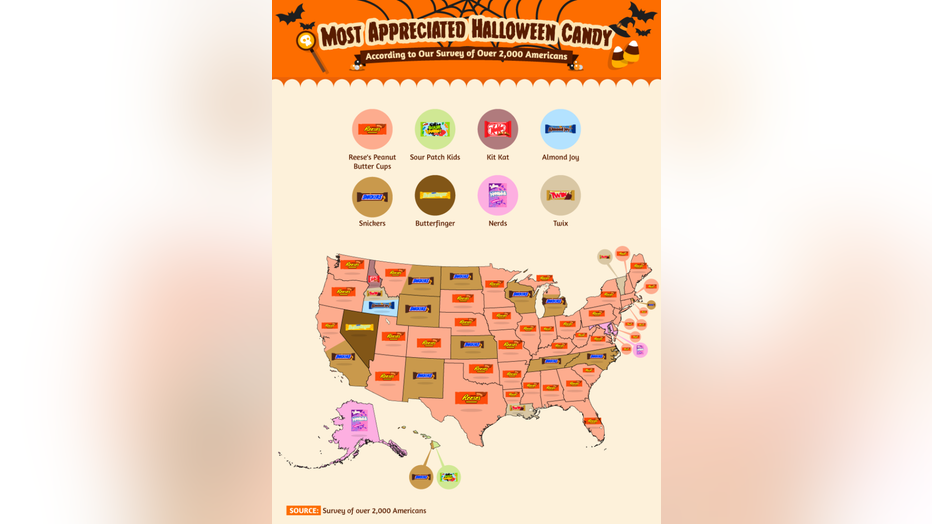 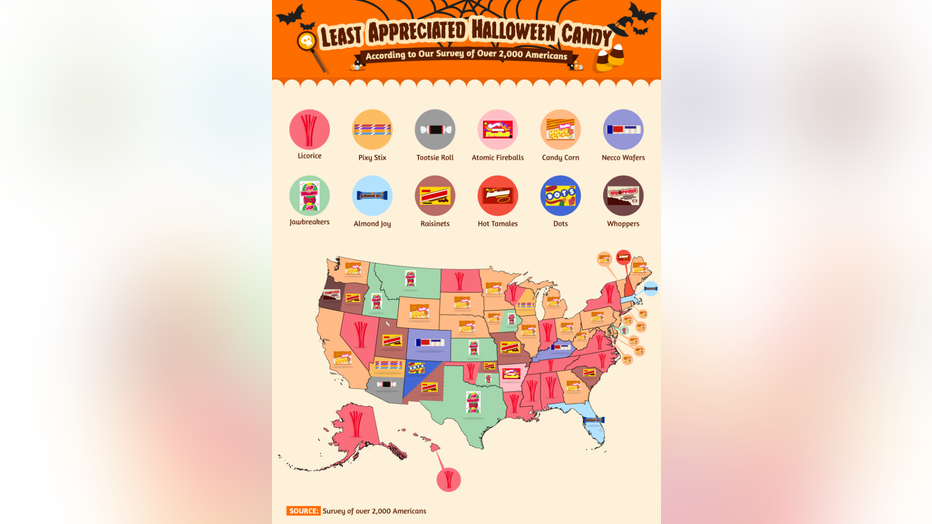 And the best and worst pretty much transcends generational lines.

Baby Boomers, GenX’ers and Millennials all chose Reese’s as its favorite with Snickers coming in second. 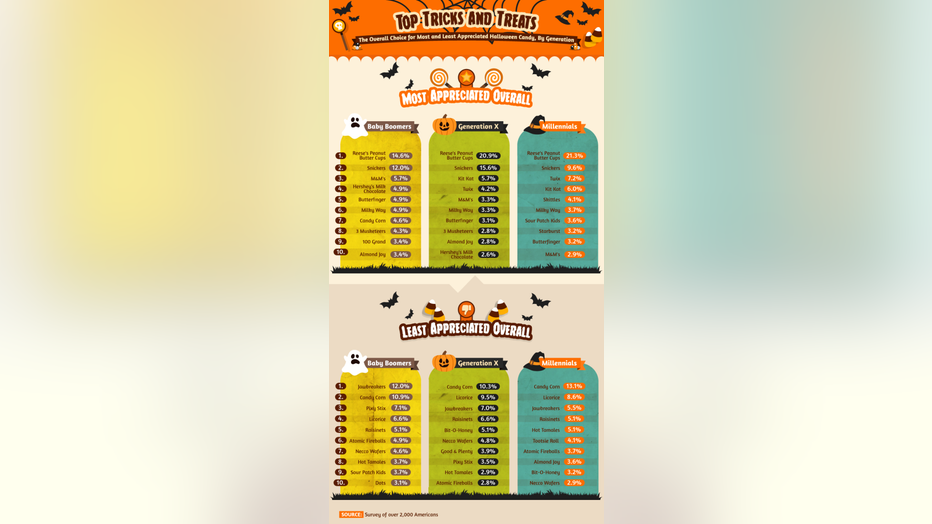 And from howtobeadad.com, this meme from 2016 has been making the rounds again over the past week or so. It explains what type of person you are by what type of candy you give.

Those who give out Reese’s or Snickers---called Yesssses and Snackers on the graphic---are known as Legends.

And if you’re the people who hand out candy corn? Well, according to How to Be a Dad, your identifier is The Psychopath. 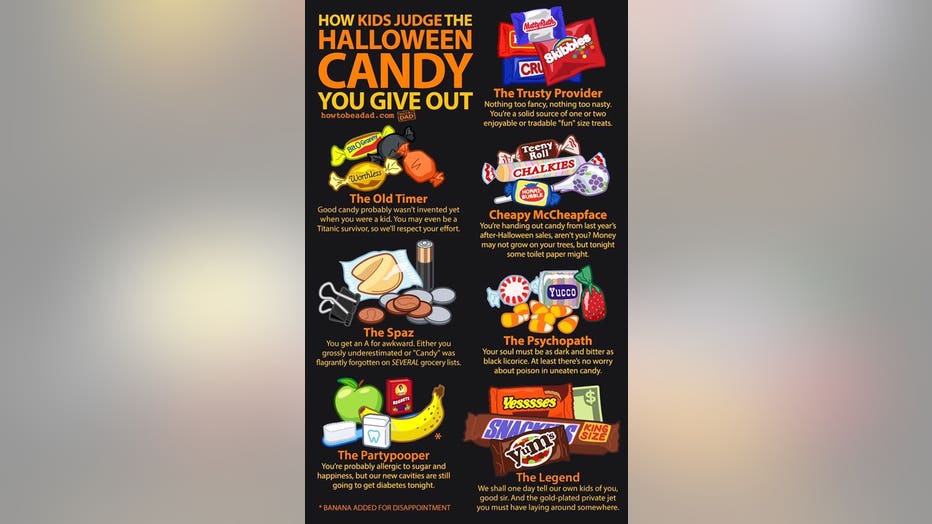 
And for parents of younger kids, one serious point, with candy so prevalent this time of year, make sure any prescriptions are put away from the curious eyes, hands, and mouths of children. Many pills can look like candy to younger eyes.

Whatever you get this Halloween, or let’s face it, whatever you buy yourself, have leftover, or steal from your kids, it’s sugar bliss. So it can’t be all that bad.

Just remember to always say thanks...and have a safe and happy Halloween!