The span nicknamed "Galloping Gertie" was rocked by a windstorm just four months after opening to traffic.

It snapped and crashed into the Narrows.

One car was left on the bridge. The man inside escaped, but his dog did not.

The $6 million bridge was considered State of the art, but a Washington University professor warned they should have cut holes through the solid girders - to let the wind pass through. 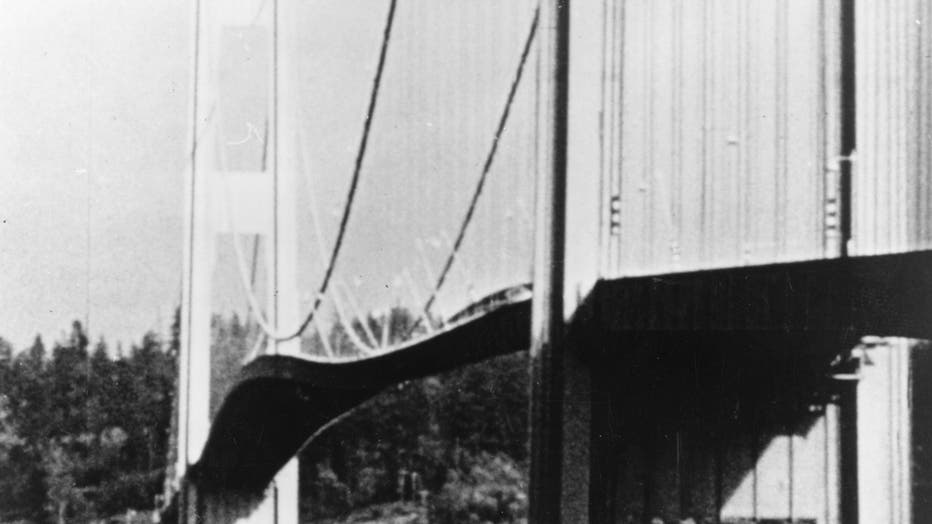