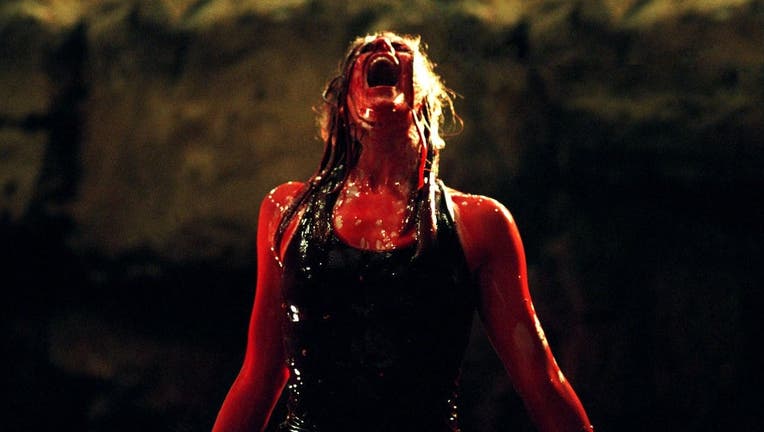 This week we’re spotlighting some of the best horror films Tubi has to offer in anticipation of the 5,000 hours of spooky season programming arriving on Friday as part of Terror on Tubi. First up: Grab your headlamp and prepare to tumble into "The Descent."

British horror has produced a variety of memorable classics, from 1970s triumphs like "The Wicker Man" and "Don’t Look Now" to the more recent "28 Days Later" entry from Danny Boyle. Lingering monsters, grief acting as a spectral force and isolated communities are all recurring themes within the impressive roster of scary movies that have come out of the United Kingdom, and "The Descent" taps into all of these aspects.

Directed by Neil Marshall ("Game of Thrones," "Hellboy"), "The Descent" is often lauded as one of the best horror films of the last 20 years. It deserves that reputation. Certainly, it is a masterclass in escalating tension that dishes out dread long before the magnitude of the desperate scenario is fully realized.

So, what is the premise? Six women who love nothing more than adrenaline-pumping outdoor activities head into the Appalachian Mountains (the majority is set in the U.S., but was filmed in the U.K.) for a thrill-seeking spelunking adventure.

Soon, old wounds are reopened along the very dark way of the cave system and it isn’t long before matters take a deadly turn.

Why you should watch ‘The Descent’

The opening sequence sets the terrifying tone, and it is hard to recover from this initial jaw-dropping incident. Sarah (Shauna Macdonald) is the beating heart of this story, with trauma buried as deep as the fictitious Chattooga National Park caves.

The mood is jovial as Sarah and friends enter the cave system until the desire to triumph over an undiscovered piece of land rears its ugly head. Hubris is often as much of a monster in sinister locations as vampires or werewolves and this folly is not relegated to male explorers.

As the six women head into a darkness penetrated only by headlamps, torches and flares, it is clear the majority of the group expected thrills – but without the added peril.

Running at 99 minutes, this taut ride takes as many turns as the women navigating the equally beautiful and oppressive depths below. A horror film that takes a simple concept and throws in complex friendship dynamics, arrogance and the residual force of profound sorrow is a potent mix that more than delivers in "The Descent."

In addition to the lack of light and bubbling conflict between friends, the claustrophobic spaces effectively put the audience on edge long before the terror truly kicks in.

The movies ‘The Descent’ pays homage to

While searching for the next high and the honor of being first, de-facto group leader Juno (Natalie Mendoza) inadvertently takes her friends into an environment that owes as much to "Jaws" as it does "Alien."

The ocean depths and the infinite abyss of space are switched out for subterranean spaces difficult (if not impossible) to maneuver, or to escape. A handheld camcorder offers echoes of "The Blair Witch Project" — and produces one of the film’s biggest scares — but avoids becoming a carbon copy of the found footage movie through its economical use.

In fact, Marshall sprinkles this original story with visual nods to other classics like "Carrie" and "The Evil Dead" without ever allowing the film to become a game of horror movie bingo.

RELATED: ‘Malignant’ review: Many horror movies in one, for better and worse

While avoiding spoiler-laden specifics, it is also worth noting that Macdonald as Sarah serves as a twist on the classic Final Girl (think Laurie Strode in "Halloween" and Sidney Prescott in "Scream") that dominates the slasher subgenre — but the will to survive runs through all six women.

Two different endings shift the impact of the climax, and the British version packs a bigger punch than its counterpart (which is the one you’ll see on Tubi).

[Editor’s note: After you’ve watched the U.S. version, you can find the U.K. ending on YouTube. It’s worth a look — you know, during the daylight hours.]

Either way, more than 15 years after its original release, this remains a must-see movie to add to your spooky season watch list. It’s one that will make you think twice before venturing underground.

About the writer: Emma Fraser is a freelance culture writer with a focus on TV, movies, and costume design. You can find her talking about all of these things on Twitter.

Candyman (1992): August saw the arrival of Nia DaCosta’s "Candyman," a "spiritual sequel" to the 1992 original from director Bernard Rose. Seeing this film isn’t a prerequisite for enjoying its descendant, but the ties between DaCosta’s film and Rose’s are robust. "Candyman" is currently number-one at the box office (racking up $22.3 million in North America in its first weekend in theaters), but it will cost exactly zero dollars to see its predecessor, and your experience with both films will be greatly enriched. Rated R. 99 minutes. Dir: Bernard Rose. Featuring: Virginia Madsen, Xander Berkeley, Tony Todd, Kasi Lemmons, Vanessa Williams, Ted Raimi.

Paranormal Demons (2018): David Bruckner wrote, directed and appears in this "Blair Witch"-esque screamer, in which "a group of film students visit a sanatorium where a poltergeist supposedly resides and discover true horror while on the ghost hunt." 96 minutes.

The Guest (2014): A creepy Dan Stevens stars in this bloody 2014 thriller, in which a family welcomes "an army vet claiming to have served with their dead son" into their home, only to find they’ve opened the door for an absolute bloodbath. 100 minutes. Sheila Kelley, Maika Monroe, Leland Orser, Lance Reddick, Ethan Embry.