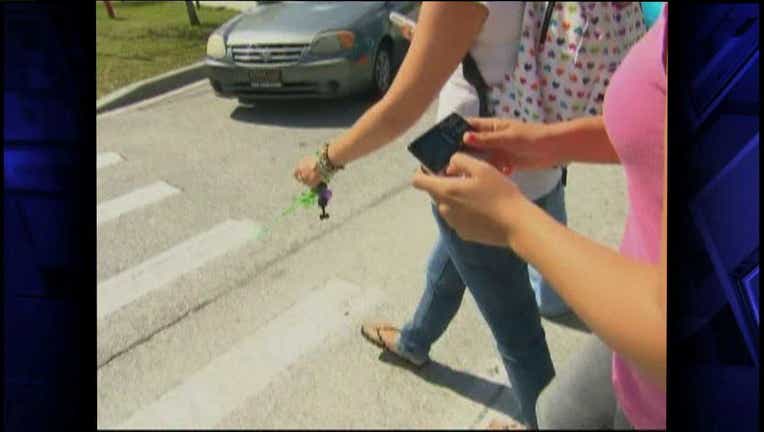 So many of us are glued to our phones, we aren’t paying attention when we’re driving or walking. Texting, talking, listening to music – or  doing them all at the same time – can be dangerous, especially with cars speeding by at busy intersections.

The Seattle Times cites a new study that was conducted in Seattle over the summer. Looking at more than 1,000 pedestrians in 20 high-risk intersections, they found that nearly one in three people crossing the street were distracted by a mobile device, and only one in four walkers actually obeyed the traffic laws -- looking both ways, following the lights and crossing where they should cross.

When it comes to texting, we know it’s dangerous in car, but it’s also dangerous while walking.

The study found texters were four times less likely to look before crossing the street or obey traffic laws.And texters spent, on average, two seconds longer in the intersection.

According to the Times, 4,000 people die every year and 60,000 people are hurt in vehicle/pedestrian accidents nationwide.

In 2010 in Seattle there were 529 pedestrian involved crashes, six of them were fatal.

It’s not clear how many of those involved mobile devices, but the Consumer Product Safety Commission says more than 1,000 people end up in the emergency room  every year because of walking and texting accidents.

The goal is not to scare people, it’s to make them aware of the dangers – and make them think before they cross the street.

The study showed it’s not just cell phones that contribute to distracted walking, dog walkers and parents who walk their kids to school are also often distracted.

We caught up with one woman who’s never owned a cell phone and she says people need to wake up and get off the phone.

“I see people looking at their phones all the time -- I’m always interested when I go somewhere, on the street or bus, I look around and just about everyone is looking down on their phone,” Patti Gorman said.