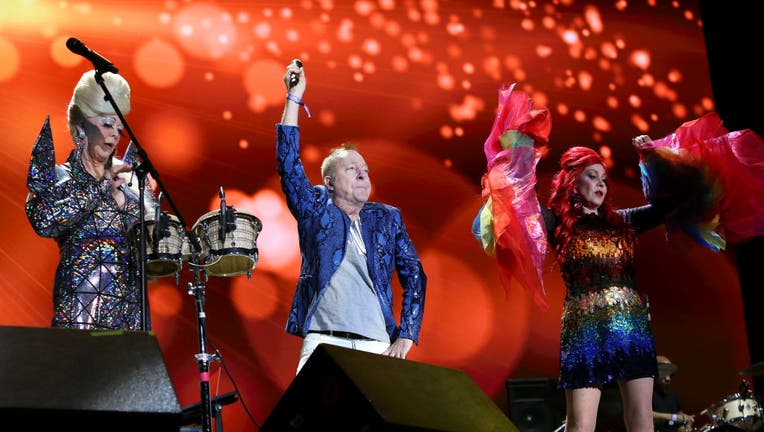 The B-52s perform during day one of the Festival Corona Capital 2019 on November 16, 2019 in Mexico City, Mexico. (Photo by Adrián Monroy/Medios y Media/Getty Images)

NEW YORK - The quirky dance-pop outfit The B-52s are hitting the road one last time for a final tour this summer that will roam from coast to coast.

"No one likes to throw a party more than we do, but after almost a half-century on the road, it’s time for one last blow-out," said Fred Schneider, co-founder and singer for the Athens, Georgia-based band, in a statement.

The band burst onto the New Wave scene in 1979 with songs like "Rock Lobster" and cracked the pop charts in the late ’80s with the party classics "Love Shack" and "Roam."

Their North American farewell tour will visit 10 cities across the U.S., kicking off Aug. 22 in Seattle and ending Nov. 11 in Atlanta. Stops include Boston, Chicago, New York, Las Vegas, Los Angeles, San Francisco and Washington D.C. Supporting the band will be The Tubes or KC & The Sunshine Band.

Tickets are available at The B-52s.com.

"Who knew what started as a way to have some fun and play music for our friends’ at house parties in Athens in 1977 would evolve into over 45 years of making music and touring the world. It’s been cosmic," said co-founder Kate Pierson in a statement.

While the band may be saying goodbye from the road, the members are the subject of a documentary to be released in 2023 directed by Craig Johnson and produced by Fred Armisen.