WANTED IN DES MOINES - King County investigators want you to check your brakes before getting behind the wheel.

Detectives have uncovered a rash of victims who had their break lines cut in the dead of night by a man detectives are calling extremely malicious.

In the last 48 hours, detectives have found more than 30 victims in the Des Moines area.

Tammy Do’s mother is one of them.

"I had woken up, and something was telling me to check on my parents."

Do decided to check her parents' surveillance cameras, where she noticed something strange. 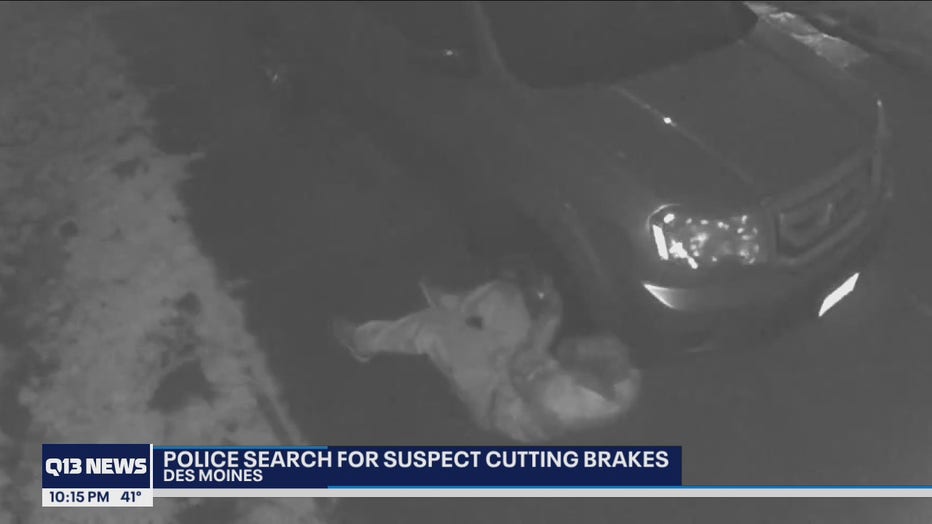 "There was footage on the driveway at five o'clock in the morning, which is very unusual ... I played the footage and noticed that a man came up to my mom's vehicle."

She wasn’t sure what the man was doing in the surveillance video, but something told her to go check on her mom’s car.

"I caught her while she was leaving the house, luckily, and asked for her keys and went to go check on her car. I rolled down the driveway, I realized that the brakes weren't working. That’s when I was like, ‘Wow, mom, you gotta call the cops.'"

The brake lines to her mother’s car had been cut. Their 911 call was the beginning of many.

Since Monday morning there have been 28 vehicles identified in the Des Moines area. Investigators anticipate that number will continue to rise.

How to check your brakes:

"It seems like he was on foot going house to house within the community, which is absolutely crazy," says Do.

She says never in her wildest dreams would she or her mother think anyone would do this.

The fact that the sinister acts appear to be completely random brings little relief to the victims.

"That’s somebody that's evil or trying to cause harm," says Kevin Cooper, owner of Cooper’s Auto Repair Specialists in Tacoma.

Cooper finds the case equally as disturbing as he does baffling.

"I’ve never heard of somebody cutting brake lines. I’ve seen it in the movies but I’ve never actually ran into it myself in my 40 years of experience."

Unlike in the movies, Cooper says when brake lines are cut, initially you’d likely still be able to bring the car to a stop - but not easily.

"It’s a very big deal. A car shouldn’t be driven at all under those circumstances." 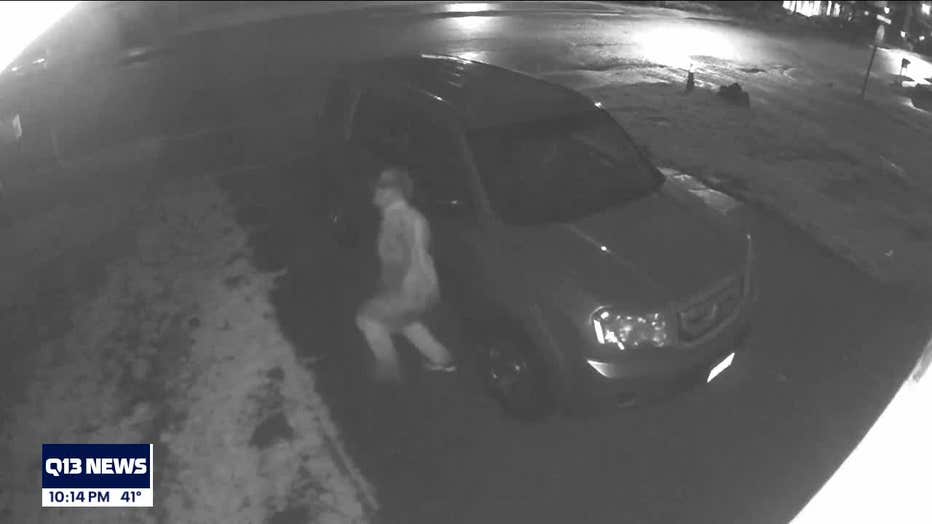 Investigators say fortunately, so far all the victims noticed something was wrong immediately, or realized before even getting into their car.

Cooper says if one were to drive their car with cut brakes, leaky brake fluid could ultimately result in the inability to stop at all.

"If I lived in that area, I really would be checking my brakes," says Cooper.

Sgt. Mohr says investigators are extremely concerned with the pattern they’re seeing from the suspect.

"If these acts continue, we're likely to have somebody that is unaware that their brakes have been damaged, where they're going to jeopardize their lives or the lives of their loved ones or community members."

Crime Stoppers is offering a reward of up to $1,000 for information that leads to his arrest. You will remain completely anonymous and can submit your tip using the P-3 tips app, or by calling 1-800-222-TIPS.