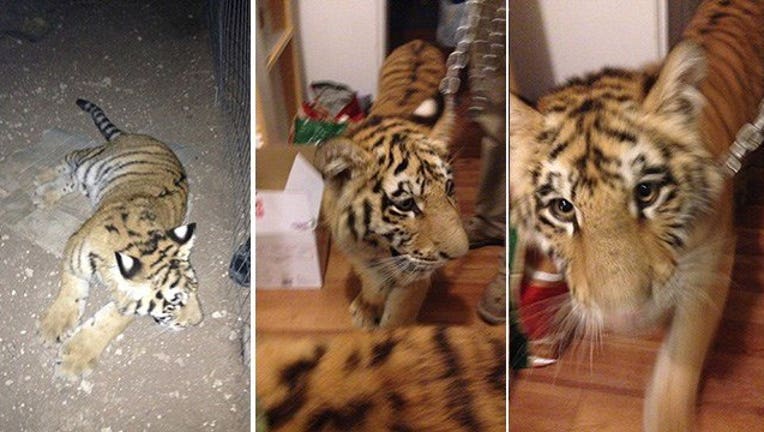 LAS VEGAS (AP) — Authorities say a woman who asked them if it was legal to keep tigers at home in rural Nevada was arrested after police found three of the animals in her backyard.


The Nye County sheriff's office says 34-year-old Trisha Meyer had called for information on a permit to have tigers.

Days later, a resident reported the tigers, and deputies went to the home. They also had learned she was wanted in Texas on a felony burglary and theft warrant.

Sgt. David Boruchowitz says deputies found the big cats in the backyard surrounded by a 4-foot fence, and eight monkeys in the home.

A Nevada court official said Tuesday that Meyer wasn't held on local charges. She agreed not to fight extradition to Houston at a court appearance Nov. 9.