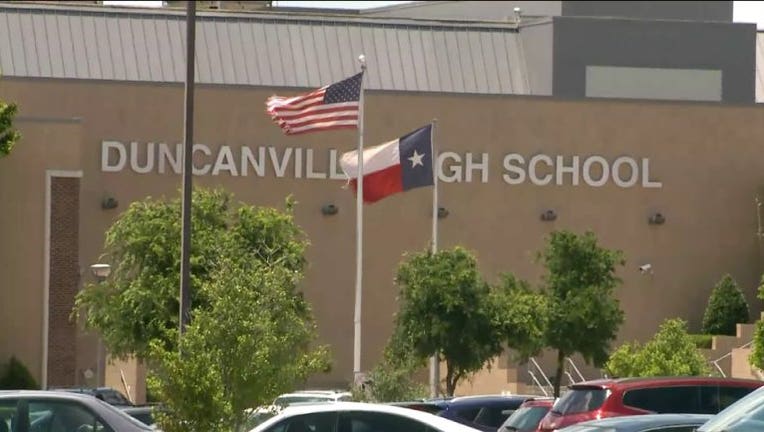 (CNN) -- A Texas teacher was fired Friday, one week after sending racially charged tweets about incidents in Ferguson, Missouri.

Vinita Hegwood said in a statement that she was "reacting to a series of threatening and racist attacks" made against her and her "expressed opinions on Ferguson, Missouri," when she wrote on November 7, "Who the (expletive) made you dumb (expletive) crackers think I give a squat (expletive) about your opinions. #Ferguson Kill yourselves."

Ferguson became a flash point in the debate over race after the August 9 shooting death of Michael Brown, an unarmed black teenager, by Darren Wilson, a white police officer. The fatal shooting sparked a series of protests in the St. Louis suburb. A grand jury is expected to decide soon whether Wilson will face charges.

Hegwood, whom the school district suspended on Monday, submitted her resignation Thursday, accepting responsibility for the tweets that she said were sent "emotionally and impulsively."

The Duncanville Independent School District's seven-member board declined to accept her resignation and instead voted to terminate her, district spokeswoman Lari Barager said.

District employees do have the right to free speech, Barager said, but Hegwood's comments were so egregious, the school was left with "no other option."

Hegwood, an English teacher, was in her second year at Duncanville High School near Dallas.

She apologized for any embarrassment her actions may have caused the district.

"My reaction in no way reflects the standards to which I have held myself and my students for the last 20 years of teaching," she said.

Hegwood did not immediately respond to CNN's calls and emails seeking comment.