OLYMPIA -- A few weeks ago, Gov. Jay Inslee testified before lawmakers in strong support of a bill that he said will help reduce greenhouse gas emissions in Washington state.

While that plan did pass both houses of the Legislature, there has been fallout from it. Some conservative lawmakers believe the governor got too much time and attention and that a contrary point of view on climate change was in order.

On Tuesday, in front of the Senate Energy & Environment Committee, a global warming “skeptic” was invited to present a perspective very different from that of the governor’s.

“There has been no global warming in 15 years,” said Don Easterbrook, a retired Western Washington University geology professor. 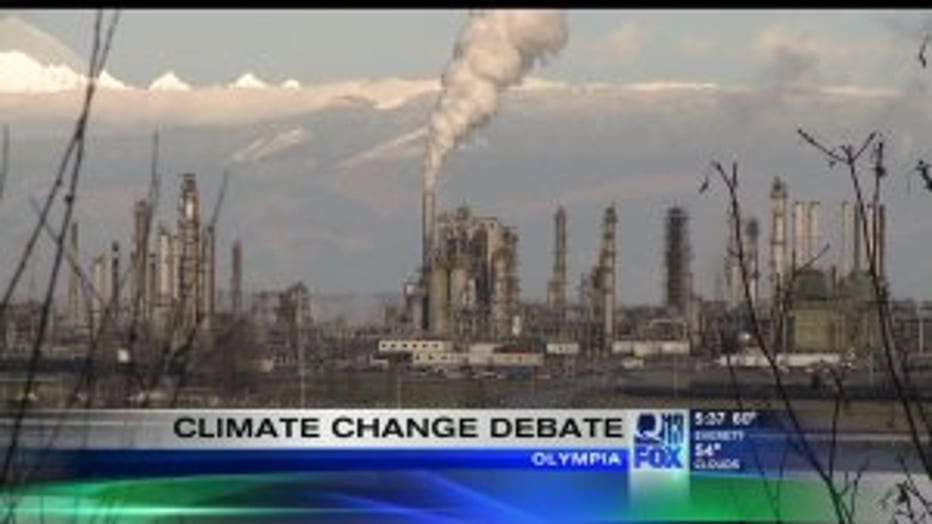 “The 1930s were warmer than they are right now,” Easterbrook said. “We had more heat records broken, we had higher temperatures. It was a hotter decade.”

Easterbrook argued that the planet’s temperature has fluctuated up and down over several hundred years and that for the last decade the Earth has actually been cooling.

“There’s no correlation between CO2 going up and global warming,” he said.

“Ninety-five percent of the peer-reviewed data very clearly states climate change is real, it’s happening, it’s human caused,” Ranker said. “To have a bold discussion about the facts is ridiculous.”

State Sen. Doug Ericksen, R-Ferndale, chairman of the committee who had invited Easterbrook to appear, said the testimony was needed.

“It’s important for the people of Washington state and for the committee to hear some of the other viewpoints that are out there with regards to climate change,” he said.

Ericksen said he believes that the state’s current goal of reducing greenhouse gas emissions to 1990 levels by 2020 is misguided.

“If CO2 is the only thing you are talking about, that is not always synonymous with improving our environment,” he said. “There are lots of things we could be doing to help out citizens directly without having a massive negative impact upon job creation, manufacturing and the cost of power.”

Ranker, however, is fully supportive of the state’s current goals.  Indeed, he would go ever further.

“We should be in the lead in taking on this issue,” he said. “We should be out in front saying what needs to happen and being an example, frankly, for the county.”

He argued that Easterbrook’s appearance was counterproductive.

“We should not be in this skeptical ‘the world is flat’ mentality,” he said.  “It’s unacceptable for us as Washingtonians.”

While Easterbrook’s testimony certainly generated a lot of chatter in Olympia, it was probably too late to affect much legislation. Inslee’s climate change bill has already passed and will soon be signed into law.