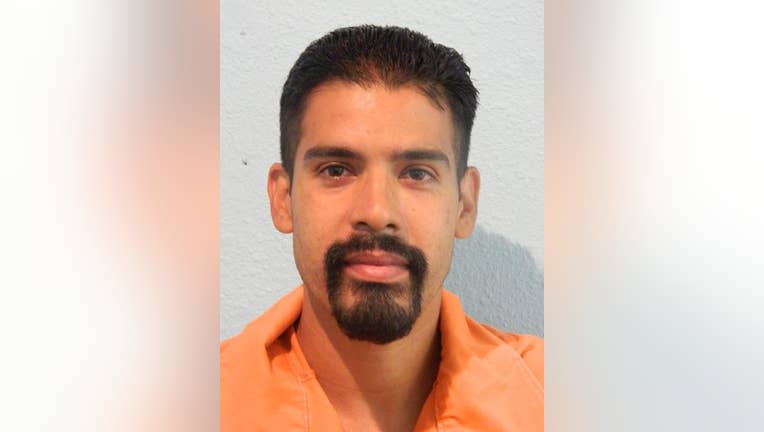 BELLEVUE, Wash. - A man is behind bars on a $1 million bail after he reportedly stalked a woman then violently raped her inside her Bellevue apartment while threatening to kill her child if she didn't comply.

According to court documents, the victim was sleeping upstairs when 42-year-old Elias Valdez Jr. entered her home without permission on Aug. 4.

Her 8-year-old daughter was downstairs at the time and saw the man walk upstairs before hearing her mom scream for help.

The child said when went upstairs, she saw the man crouched over her mother with a knife in his hand. Police later said it was a sharp metal scraper that Valdez said he would use to kill the woman's child if she did not comply.

Her daughter was able to run to a neighbor's door to call police. When officers arrived, the victim ran downstairs and was hysterical, police said. She ran into the yard, collapsed outside and hyperventilated.

Valdez, meanwhile, told police that the victim is his girlfriend and that they were about to have consensual sex.

"The facts of this case are terrifying and incapable of rationalization. The defendant appears to have stalked the victim in this case ... Not only did he use (a) deadly weapon in the commission of this sexual assault, but he also strangled the victim to near unconsciousness as he violently raped her ... He also terrorized her by threatening the life of her minor child if she did not adhere to his demands."

Valdez, who has a lengthy criminal history that includes other sexual assault allegations and violating a protective order, has been charged with first-degree rape, first-degree burglary and felony harassment.

He remains in the King County Jail on a $1 million bond.