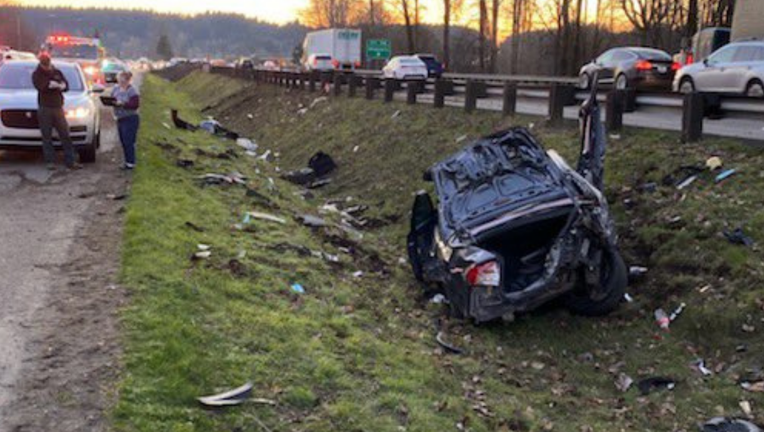 LACEY, Wash. - An 18-year-old man was taken into custody after a rollover crash Thursday evening on I-5 near Lacey.

The crash happened in the northbound lanes of I-5, just south of the Nisqually River bridge.

According to the Washington State Patrol, a car was traveling in the right shoulder lane when it veered to the left, crossed all northbound lanes, rolled over into the left shoulder and into the median between the north and southbound lanes.

Trooper Robert Reyer said four teens from Centralia were in the car. According to troopers, an 18-year-old woman wasn’t injured, an 17-year-old boy and a 15-year-old boy had serious injuries.

Investigators said the driver, an 18-year-old man, was impaired.

The crash left the highway blocked for several hours.