TACOMA -- Prosecutors charged a 16-year-old murder suspect as an adult in the robbery and killing of a beloved Puyallup store owner.

According to charging documents filed Friday in Pierce County Superior Court, Robbrie Thompson is charged with eight counts ranging from robbery to aggravated murder. Q13 News does not typically name juvenile suspects, but Thompson has been charged as an adult.

Thompson is one of two suspects accused of robbing and shooting Handy Corner Store owner Soon Ja Nam on April 27.

The body of the second suspect washed ashore Monday at Chinook Landing Marina. The medical examiner’s office ruled the death of Franklin Thuo, 16, of Federal Way, a homicide. Investigators said the teen died of a single gunshot wound and had been in the water for several hours. Police have not said whether they have any suspects in the teen’s death.

On Wednesday, police arrested Thompson in a parking lot in northeast Tacoma. Officers arrested the teen and booked him into the Pierce County Jail, but he was transferred to Remann Hall Pierce County Juvenile Detention Center.

Witnesses told investigators two men entered the store, pulled out handguns and threatened the 79-year-old store owner, but even after she gave them the money one of them shot her in the back. 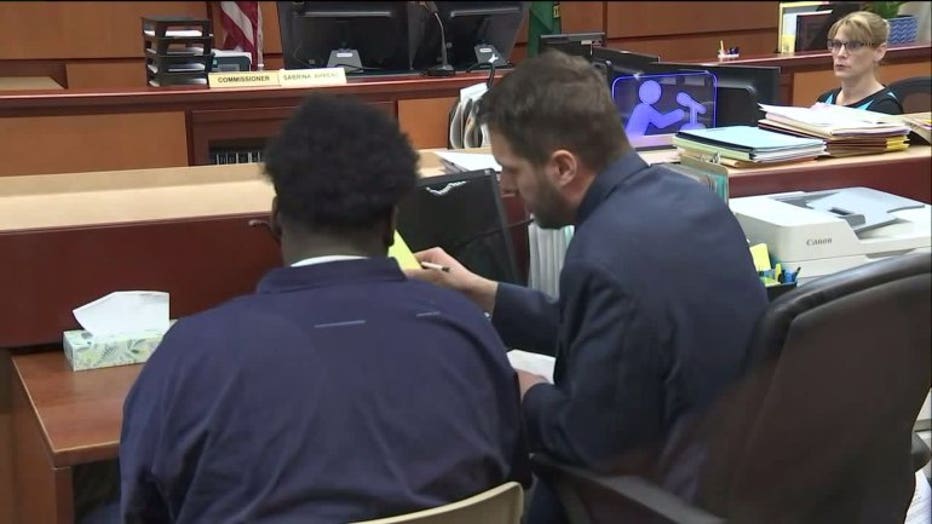 Searching for a better life

Soon Ja Nam escaped from North Korea more than 50 years ago in search of a better life.


Her son, Tohyon Nam, told Q13 that she and her husband made it to South Korea, where Soon Ja Nam became a college professor. Still, she wanted more for her family.

"Through that hardship of occupation, hardship of war, blowing up bombs here, bombs there, she survived all that," Tohyon Nam said. "She brought us here."

Here in Puyallup, over the decades the Nam family made the Handy Corner Store a neighborhood hub, riding on the smiles and kindness of Soon Ja Nam.

"Everyone around here loved her," customer Nancy Prime said. "It's a small area. We all knew her. We all loved her."