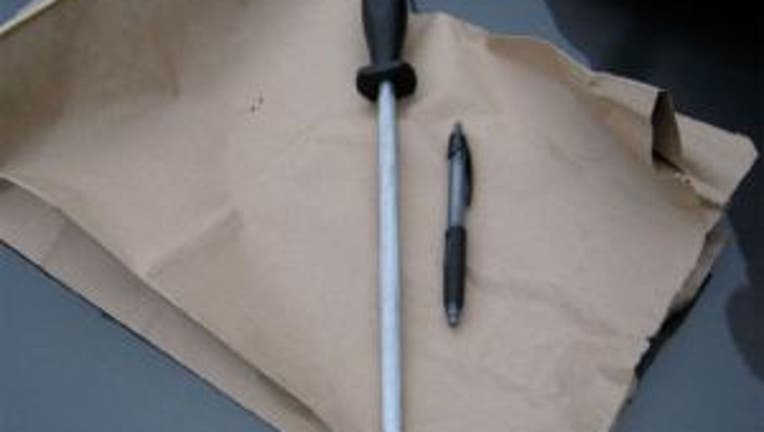 This rod was allegedly used by Marcus Zakes during an assault in Shoreline. (Courtesy: King County Prosecutor's Office)

SHORELINE -- A teen is facing felony charges, after reportedly attacking a man on the street, before forcing him inside a grade school.

According to the police report, Marcus A. Zakes, 19, bumped into the victim and then chased him down the street, throwing punches along the way. The man was able to avoid most of the blows and ran into Meridian Park Elementary School for help.

Police say the school principal reached the front doors at the same time as Zakes. That's when Zakes allegedly smashed school windows with a large rod, causing over $1,500 in damage. Police described the weapon as "essentially a steel baton."

When the victim fled into the school, which was in session at the time, Zakes turned his attack on the school's principal, who immediately put the school on lockdown.

Zakes has been charged with second-degree assault and malicious mischief, and is currently behind bars on $75,000 bail.