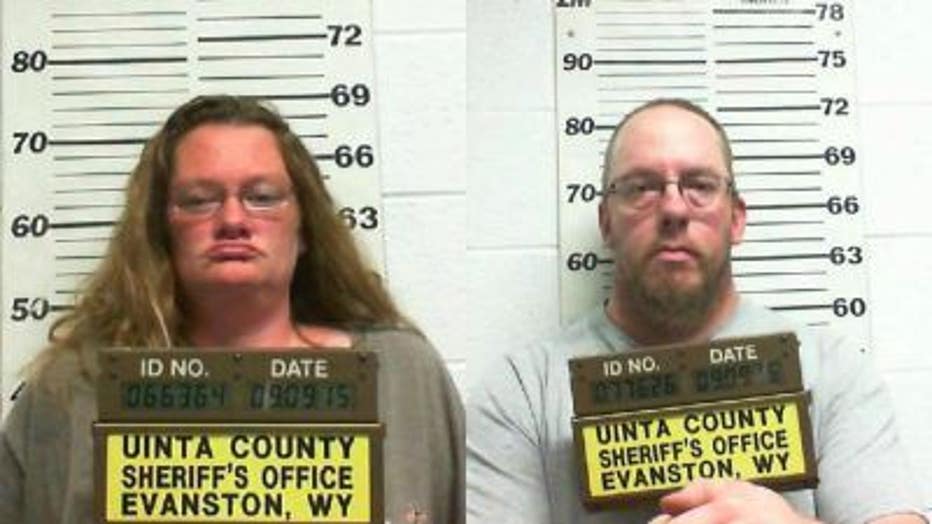 EVANSTON, Wyo. -- A Wyoming couple has been charged after allegedly providing alcohol to the woman's 16-year-old son, leading to his death.

The Unita County Herald reports that Joseph M. Richardson and Paulette L. Richardson were charged Sept. 8 with involuntary manslaughter in connection with the death of Kendal Ball, who was found dead in their home on July 7.

According to court documents, Ball's mother and stepfather wanted to "teach him a lesson" because the teen had expressed a desire to drink alcohol in recent years.

Joseph Richardson told police his stepson had wanted to drink more and more, and that he “was trying to go along with what he had been told and teach a lesson about alcohol and get him sick.”

Paulette Richardson said, according to court documents, that Ball's biological father is an alcoholic and that she did not want her son to wind up like him.

The drinking allegedly began at about 8:30 p.m. on July 6, the Unita County Herald reports. His mother said she checked on him at about 11 p.m. and he gave her a thumbs up. However, when Joseph Richardson checked on the teen at about 3:45 a.m., Ball was unresponsive. Richard said he called an ambulance.

" lips and eyelids were dark blue," the affidavit states, also saying there was "a large amount of dark, thick fluid pooled on the floor from his mouth."

A toxicology report provided to the sheriff's office showed Ball's blood-alcohol level was .587. Accounts vary on how much the teen actually drank.

An autopsy listed the probable cause of death as "complications of acute alcohol poisoning."

Joseph and Paulette Richardson each face up to 20 years in prison if convicted.