COVINGTON -- A teen was beaten to death in an early morning fight in Covington on Saturday and investigators arrested a man for suspicion of murder.

Crime scene tape covered the streets in the quiet Timberlane community in Covington on Saturday.

"We had cops up and down here,” Matthew Leone said.  “Coroner’s office. Everybody. There was a guy coming through the woods and we're like hey what happened and he said my brother got killed.”

Investigators say an intoxicated 16 year-old from out of state, got into an argument at around 3 AM Saturday morning.

King County Sergeant Jesse Anderson said, "He had a confrontation with an individual who lives in the neighborhood. And there was an assault. Beating.”

Beaten so badly, emergency crews pronounced the teen dead at the scene, but help for the teen was delayed. The first call to 911 came in hours after the incident.

"I was pulling out and I saw someone lying in the street there to my left,” chris Prestholt said. He and his wife made the shocking discovery.

"We went over an called out to him,” Olivia Sanchez said.  “We didn't go over to him too close but we went over and said hey are you ok and no response so we called 911.”

After a short investigation, King County Sheriff Deputies arrested a 26 year-old man from the neighborhood for suspicion of murder.

"It's just unthinkable somebody who could do that to another human being. It's scary to know there's people out there like that,” Sanchez said.

Parents in the neighborhood are very upset, especially on this important weekend for families.

"His parents are back home and this happened,” Leone said. “They're getting a phone call right now saying you know, the worst. I couldn't imagine that. I wouldn't want that phone call. Not at all.” 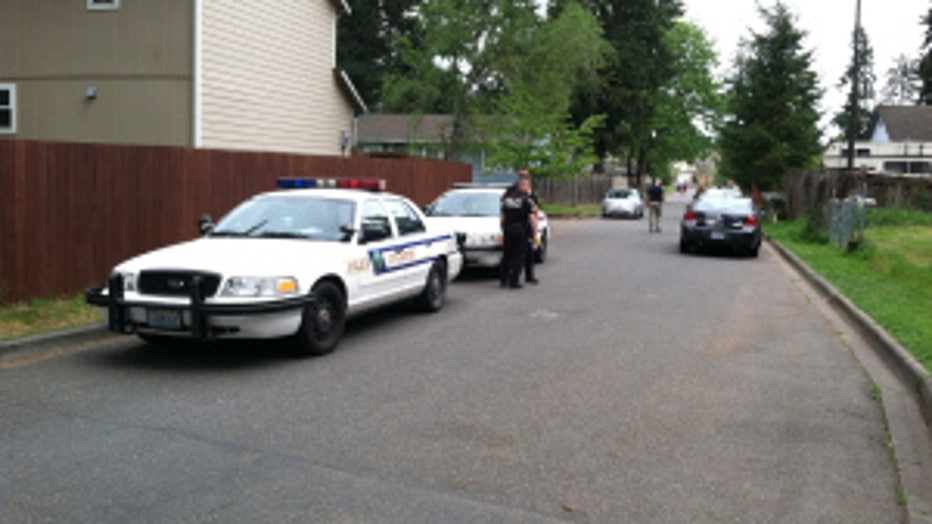