OAHU -- The first sign something was off was when the ground crew at Kahului Airport in Maui noticed a boy wandering the tarmac, dazed and confused.

The story he told officials was even more incredible.

The 16-year-old apparently hitched a ride from San Jose, California, to Maui, Hawaii, in the landing-gear wheel well of a Boeing 767, Hawaiian Airlines said Sunday.

"Our primary concern now is for the well-being of the boy, who is exceptionally lucky to have survived," the airline said.

If his story pans out -- and the FBI has been called in to investigate -- he rode in the tiny cramped compartment for almost five hours, at altitudes that reached 38,000 feet, without oxygen and under subzero temperatures. 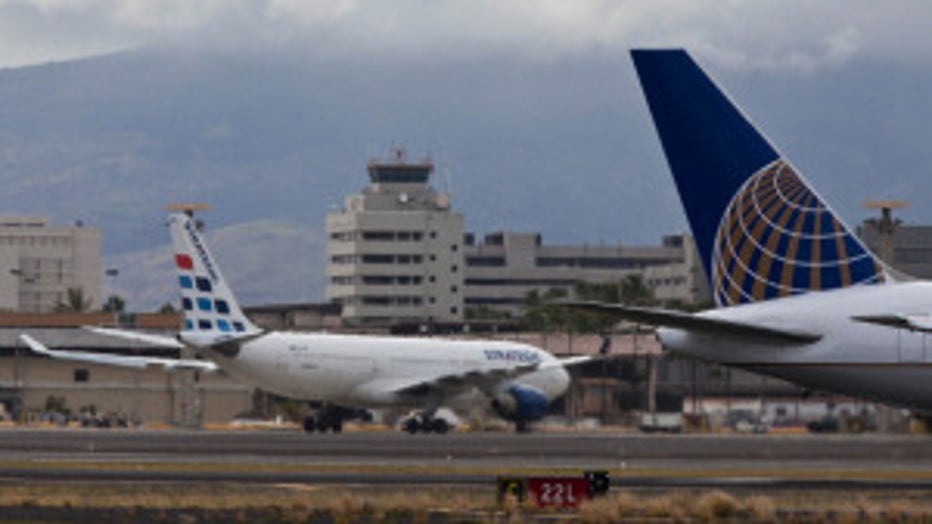 That has some experts questioning his story.

"It sounds really incredible," said aviation expert Jeff Wise. "Being in a wheel well is like all of a sudden being on top of Mount Everest."

Between the oxygen depletion and the cold, life expectancy "is measured in minutes," Wise said.

But some people have survived. A total of 105 people are known to have attempted to fly inside wheel wells on 94 flights, the FAA's Civil Aerospace Medical Institute says. Of those, 25 made it through, including a 9-year-old child -- a survival rate of 24%. One of the flights went as high as 39,000 feet.

The conditions can put stowaways in a virtual "hibernative" state, the FAA says.

Someone could slip into unconsciousness so that the body cools and "the central nervous system is preserved," said CNN aviation expert Michael Kay. Also, he said, "there could be a situation where inside the bay is warmer than the external air temperature and you wouldn't get the instantaneous freezing of the skin."

Still, "for somebody to survive multiple hours with that lack of oxygen and that cold is just miraculous," airline analyst Peter Forman toldCNN affiliate KHON in Honolulu.

Several parts of the boy's story pan out.

Authorities don't know who the boy is. He didn't have an ID. The only thing he did have on him was a comb.

He told authorities he was from Santa Clara, California, and ran away from home Sunday morning, said FBI Special Agent Tom Simon.

Investigators have surveillance camera footage of him hopping the fence at Mineta San Jose International Airport.

There's also camera footage of him walking across the ramp in San Jose toward the Hawaiian aircraft, the California airport said.

He told investigators he crawled into the wheel well of the plane and lost consciousness when the plane took off.

An hour after the plane landed at Kahului Airport, the boy regained consciousness and emerged to a "dumbfounded" ground crew, Simon said.

The Maui airport has video of him crawling out of the left main gear area.

"It makes no sense to me," Simon said.

The teen hasn't been charged with a federal crime, and was placed with child protective services.

The video footage of him in San Jose and Maui could indicate a serious problem. "Clearly there's a big security breach here, which in the post 9/11 world order is a concern," said Kay, the aviation expert. To get past all sorts of people apparently unnoticed is "a physical feat," he said.

The FAA and Transportation Security Administration have studied such incidents and worked to augment security.

Also, the wheel well is filled with equipment and technology that, "if removed or dislodged in some way, could present an air safety risk," said Kay, a former assault helicopter pilot in the British military.

"It's not hard at all" to climb inside the wheel well, said Jose Wolfman Guillen, a ground operations coordinator at Chicago's O'Hare International Airport. "You can grab onto the struts and landing gear assembly kind of like a ladder, and you just jump on the tire and climb into the wheel well."

Inside, there's not much room -- even less than in the trunk of a car, Guillen said. A stowaway would need to guess "where the tire is going to fold in when it closes after takeoff. There's a high risk of getting crushed once the gear starts going in."

During the flight, "the interior guts of the aircraft, they're pretty exposed inside the wheel well, so there's a lot of stuff you can hold on to," Guillen adds. "It's just a matter of holding on to it for the duration of the flight and maintaining your grip when the gear opens up and not falling out. If you fell out, you could get horrible mangled or dragged on the runway."

It's possible for a stowaway to enter a wheel well, though complicated, Guillen said. It would require know-how. "On a 767 and other wide bodies, there are small latched doors that a very small and fit person can (use to) access the wheel wells for maintenance. You could access the passenger cabin from the wheel wells, but again, some knowledge of the anatomy of the aircraft is required. I wouldn't know how to do it."

In February, crews at Dulles International Airport in suburban Washington found the body of a man inside the landing-gear wheel well of an Airbus A340 operated by South African Airways.

In 2010, a 16-year-old boy died after he fell out of the wheel well of a US Airways flight that was landing at Boston's Logan International Airport.