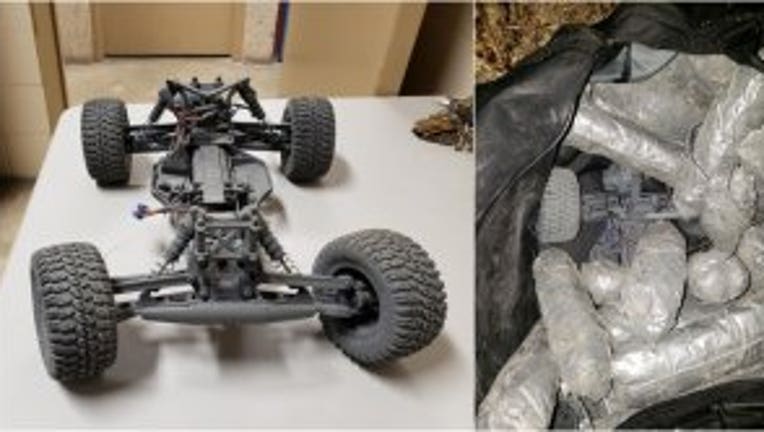 SAN DIEGO — A 16-year-old boy is accused of helping smuggle drugs into the U.S. via remote control car.

Border Patrol agents said they arrested the teen around 12:30 a.m. Sunday after they spotted someone with two duffel bags walking along the U.S. side of the secondary border wall, about a mile west of Otay Mesa, a neighborhood in San Diego.

When agents caught up to the teen, they said he was hiding in thick bushes with the bags, which were filled with about 50 bundles of meth. They also found the toy car, which officials said was used to drive the bundles from Mexico into the U.S., likely controlled by someone on the southern side.

Agents believe it would have taken multiple trips back and forth with the small car to transport such a large quantity of drugs, with someone on the U.S. side unloading each bundle before the car headed back to Mexico to carry more.

The bundles, which weighed just under 56 pounds, had an estimated street value of over $100,000. Agents likened the incident to a 2017 smuggling attempt involving a remote control drone.