DENVER -- Several coaches and players were rushed to the hospital in critical condition after their school bus crashed into a concrete wall at the Denver International Airport, authorities said Sunday afternoon.

The female driver reportedly died in the crash.

Hospitals officials told FOX31 two patients were admitted in critical condition, two more were in serious condition and six others are in fair condition. The conditions of five additional people have not been disclosed.

The players from Broomfield’s Legacy High School were returning from a game against Chino Hills High School in California.

There's no official word on what caused the crash, but players told FOX31 that the driver had a medical issue and veered into the pillar just a few yards from the terminal.

An official with DIA tweets that all passenger pickups were taking place on Terminal West because of the crash on the east terminal.

The Adams 12 Five Star schools is a public district that serves suburbs north of Denver, including Broomfield, Federal Heights, Northglenn, Thornton, and Westminster. 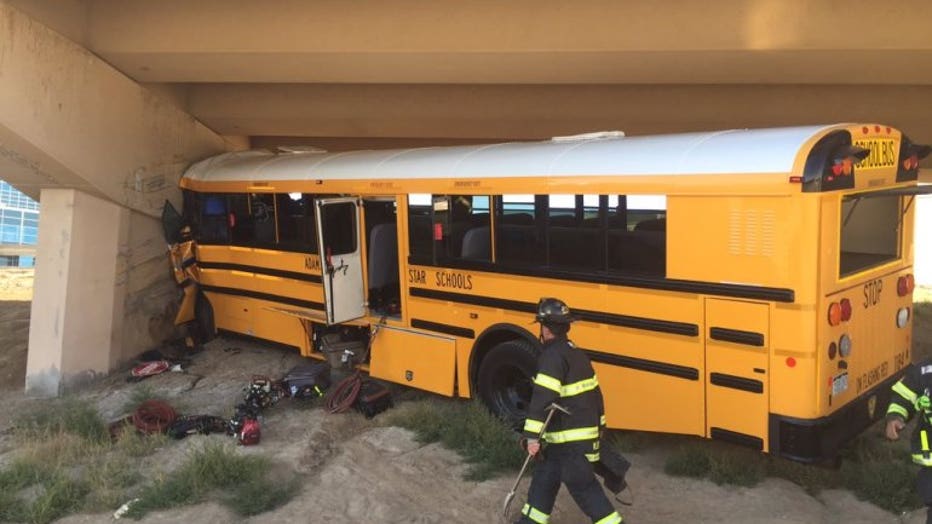