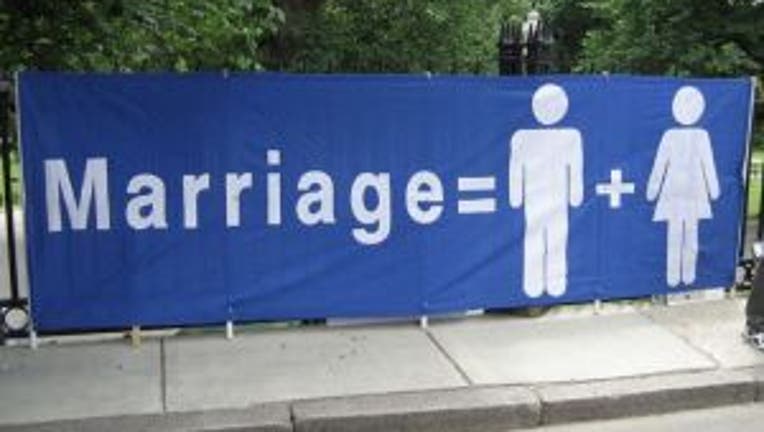 A Port Angeles mother has undertaken a drive to prevent politicking in the classroom after her eighth-grade daughter told her of an anti-Ref. 74 button one of her teachers wore in the classroom, the Peninsula Daily News reported.

As part of her efforts, the lesbian mother has started an online petition to gather enough signatures to prohibit teachers from bringing their political views into the classroom. The Daily News reported that Superintendent Jane Pryne said that district does have a policy in place in regard to politics in the classroom.

The parent behind the petition, Cynthia Deford, identified the teacher in question as a male mathematics teacher, but the school would not specifically name the teacher.

The petition was launched on Nov. 10, the paper reported.

Ref. 74, which allows for same sex marriage in Washington state, was approved by voters 53 percent to 47 percent statewide in the Nov. 6 general election. The law will go into effect on Dec. 6.