In the parking lot of South Moore High School, storm chasers recorded the massive EF-5 tornado as it chewed up and spit out everything in its path. 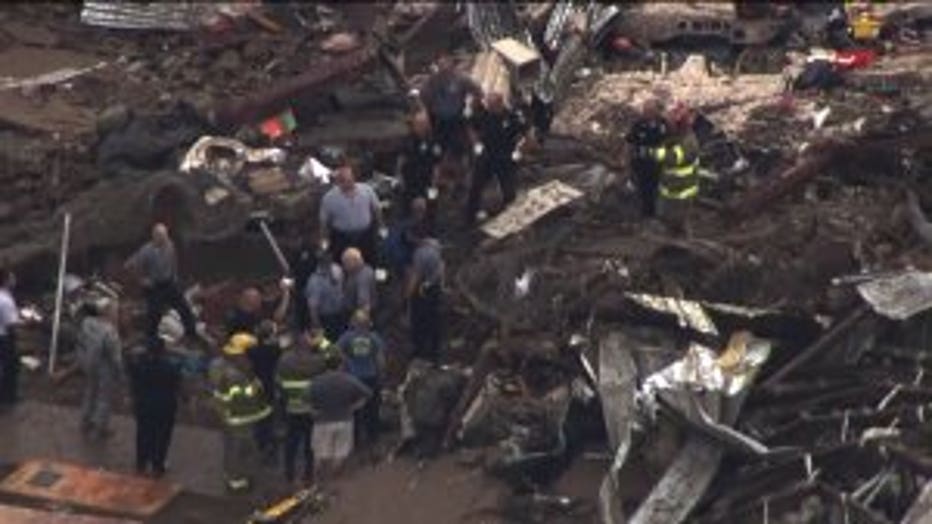 A half-mile away, 75 students and teachers huddled inside Plaza Towers Elementary School. Most were pulled from the debris, but seven children did not survive -- rescue crews found them dead on a lower level of the school drowned in a pool of water.

As the twister hit the school, students held on for their lives.

“I had to hold on to the wall to keep myself safe because I didn't want to fly away,” one little girl said.

“A rock went down and hit me in the head and all the other girls were screaming and crying,” said her classmate.

Teachers are now being hailed as heroes for using themselves as human shields to protect their students.

At nearby Briarwood Elementary School, a video posted by the Oklahoman newspaper showed chaos as staff tried to account for students. Teachers screamed their names, asking kids to gather in groups by grade level. Video of the scene also showed moments of overwhelming emotion as parents reunited with their children as one mother scooped up her son, started sobbing and didn't want to let him go.

The Office of Emergency Management reports there are approximately 100 schools in Oklahoma with safe rooms, but neither of the two schools struck by the tornado had them.