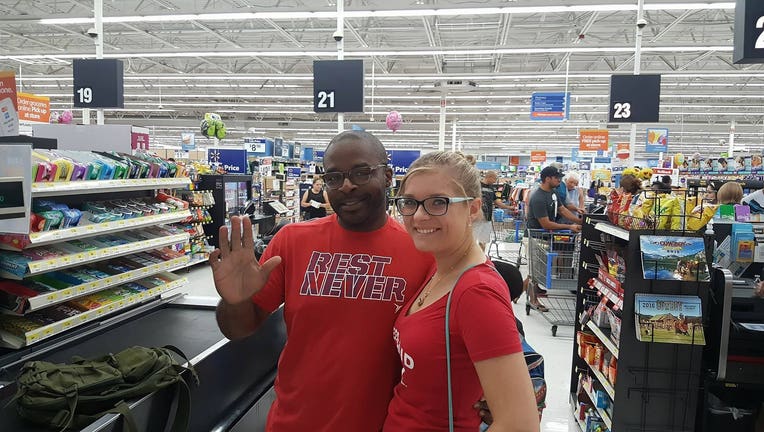 SAN ANTONIO, Texas-- A teacher brought to tears by a stranger's generosity hopes the positive moment will encourage others to talk more about teachers and education in the United States.

Sabrina Drude, who teaches 7th grade science, was at Walmart buying notebooks for her students when a man in line behind her surprised her by paying the $97 total.

KENS-TV spoke with the mystery good Samaritan, identified as Lester Brown, after viewers learned who he was on social media.

"I paid it and then she started to cry," Brown remembered. "And then she was going to make me cry, so I looked away."

Brown, a father of five, works as a pastor and a re-entry specialist at the Texas Juvenile Justice Department.

“I remember I had this hundred-dollar bill with the intention of responding to something in need, and God said to respond," Brown said. “You want people to live better, love thy neighbor. Love thy neighbor means do your part."

Drude says she has stayed in touch with Brown after their unexpected meeting at Wal-Mart.

"I would love for more people to be influenced by (the story)," Drude said. (It) has started some great conversations about teachers and education."

Drude also shared these photos of the classroom where Brown's newly-bought supplies will be going to use:

"The school that she was at, it was not likely that all the students would be able to get the items that she got," Brown said. "That just kind of struck me, as like, you know, 'I get that.'"