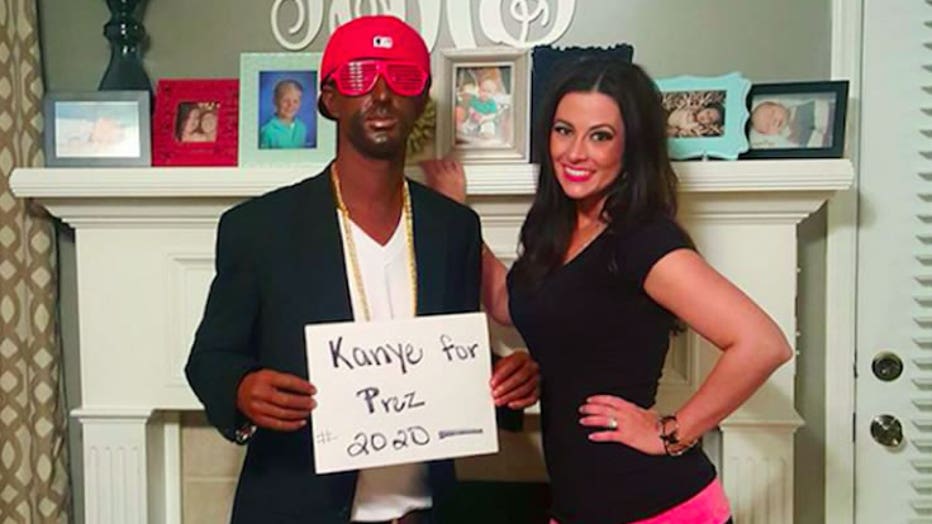 DECATUR, Ala. --An Alabama teacher who painted himself black as part of a Kanye West costume apologized on Monday, saying he made an "error in judgment."

Heath Morrow, a fifth-grade teacher at Chestnut Grove Elementary School, went to a private Halloween party over the weekend with his wife. Morrow and his wife dressed as Kanye West and wife Kim Kardashian, according to WHNT.

A photo of the couple in costume was posted to Morrow's wife's Facebook page and was later shared on Reddit, where it went viral.

A representative from Decatur City Schools called a news conference this morning in reference to a controversial picture on social media.

To whom this may concern:

I would like to first apologize for my error in judgment. My intentions were not malicious or directed toward any certain group of people. I would also like to say that everyone who knows my character and knows my heart, knows that I have never seen color in my life. I wasn’t raised or taught that way and do not raise my children that way. I see people for who they are, and my wife and I go out of our way to help anyone we can in my profession as an educator. When deciding to dress up for a Halloween party, my wife and I made a decision based on celebrities and the political climate today. I do not want this to reflect on my school or school system based on my poor decision that I made. Again I apologize and this will not happen again.

Nichols said the district is investigating the incident, but he wouldn't comment on the teacher's current employment status with the school.